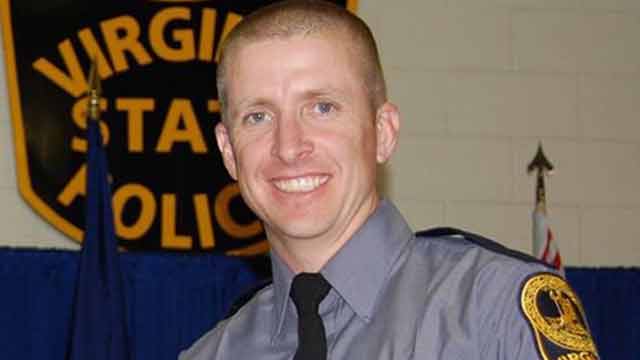 Two people, including a law enforcement officer, were killed and another two injured Thursday during a shooting at a Greyhound bus terminal in Richmond, Virginia.

About a dozen officers with the Virginia State Police were at the bus station undergoing a training exercise when the shooting occurred. As reported by the Associated Press, Trooper Chad P. Dermyer, was standing near an entrance to the terminal when he was approached by the suspect. The two men were engaged in a brief, 30-second conversation before the suspect, with no apparent warning, pulled out a gun and shot Dermyer multiple times.

Two other troopers, who were already nearby, quickly responded to the situation, and an exchange of gunfire occurred with the suspect, who was critically wounded. Two female civilians were also struck by gunfire, although it is not presently known if those shots came from law enforcement or the suspect.

The two injured civilians suffered non-life threatening wounds and are expected to recover. Dermyer, as well as the suspect, were transported to the hospital but both later died. The suspect has been identified, but his name has not been released, pending notification of the next of kin.

Dermyer, who was 37 years old, is survived by his wife and two young children, a boy and a girl.

Virginia State Police Superintendent Col. Steven Flaherty confirmed Dermyer was dressed in a fatigue-style uniform but was not wearing an optional bulletproof vest when the shooting occurred.

Authorities do not have a motive at this time. Flaherty said they still have “a lot of evidence to sift through,” which included bags found that may have belonged to the suspect. However, Flaherty did not elaborate on those bags or their content.

Richmond police Chief Alfred Durham said there are “folks out there with evil intentions” who are targeting police.

“It’s unfortunate these are the days we’re living in, where folks want to harm law enforcement,” Durham said. “We just want our officers to end their shifts and to go home to their families.”

City Councilwoman Reva Trammell called the killing “a senseless act” on what she described as “the saddest day in the city of Richmond.”

Greyhound confirmed in a statement that the terminal will remain closed until further notice and all buses scheduled to stop at the station will be rerouted.