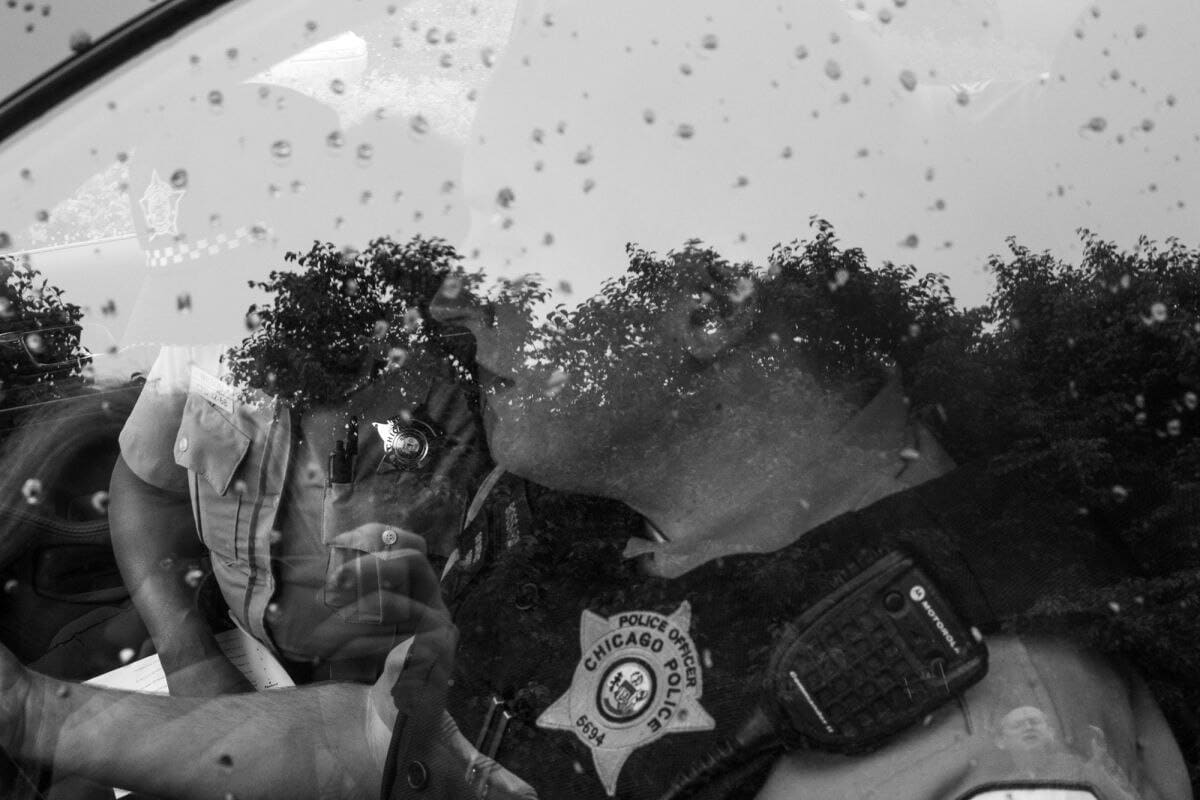 Since the high-profile fatal police shooting of Michael Brown in Ferguson, Missouri, less than two years ago, public trust of law enforcement has diminished. New amateur video capturing officers using deadly force circulates frequently and departments across the country are investing in body cameras to protect themselves from liability and help rebuild relations with their communities.

Just over 20 percent of fatal police shootings nationwide occur without departments offering the names of the officers involved, a new investigation from the Washington Post revealed Friday.

Of the 990 people killed by police in 2015, the officers who pulled the trigger went unnamed in 210 cases, which could pose a problem in tracking patterns involving officers with multiple instances of deadly force . The D.C.-based newspaper has found 255 cases of fatal officer-involved shootings in 2016 so far and has records requests for specific information about them pending.

A majority of the fatal 2015 cases involved people armed with guns or who had threatened or attacked officers or civilians, the Post reported. Police departments disclosed the names of the officers in 600 of the fatal shooting cases and a handful were leaked to the press.

The Post requested additional officer names from departments and in 145 of the cases they declined to release that information, citing ongoing investigations, records laws and agreements with police unions, the Post reported. Departments did not respond the Post’s multiple record requests for 65 shootings.

Of the 210 cases the Post was unable to confirm the name of the officer involved, 65 were because the departments would not respond to requests. The names were withheld in the next 60 cases because of pending investigations; 32 were due to “other” reasons; 22 cited department policy; 17 were because names are only released when an officer is charged and 14 cases involved departments withholding officer names in the interest of keeping him or her from retributive harm. 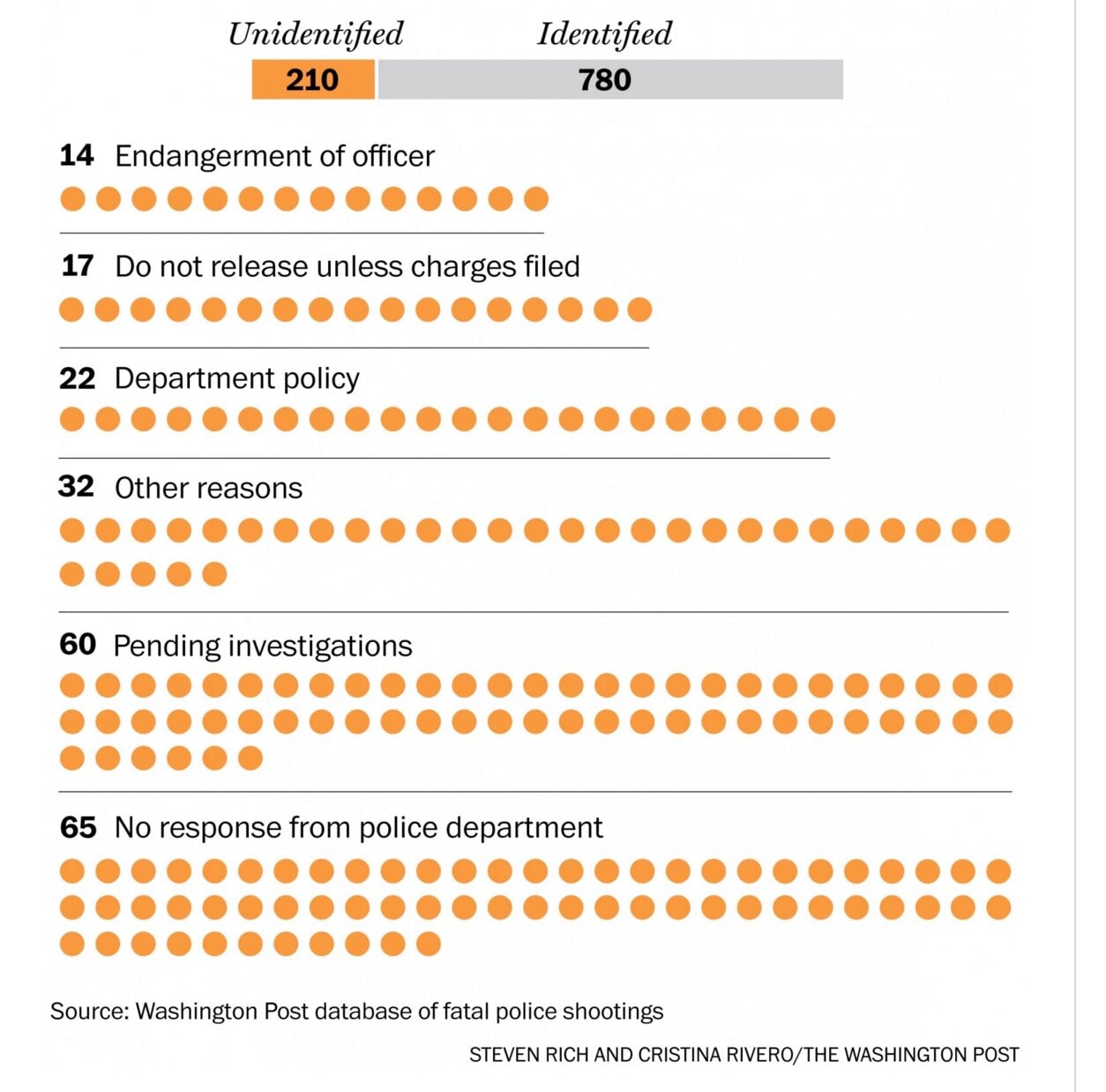 Unions apply a great amount of pressure on departments to protect their member officers from being named in shootings, the Post found. Nine people were shot and killed by Chicago police in 2015 and none of those names have been released because of the agreement the union has with the department.

The Los Angeles Police Department similarly withholds officer names for various reasons. Guns.com has been collecting reports on officer-involved shootings from the Los Angeles Police Commission since mid-2015, much of the identifying information — including the names of officers involved — has been redacted. 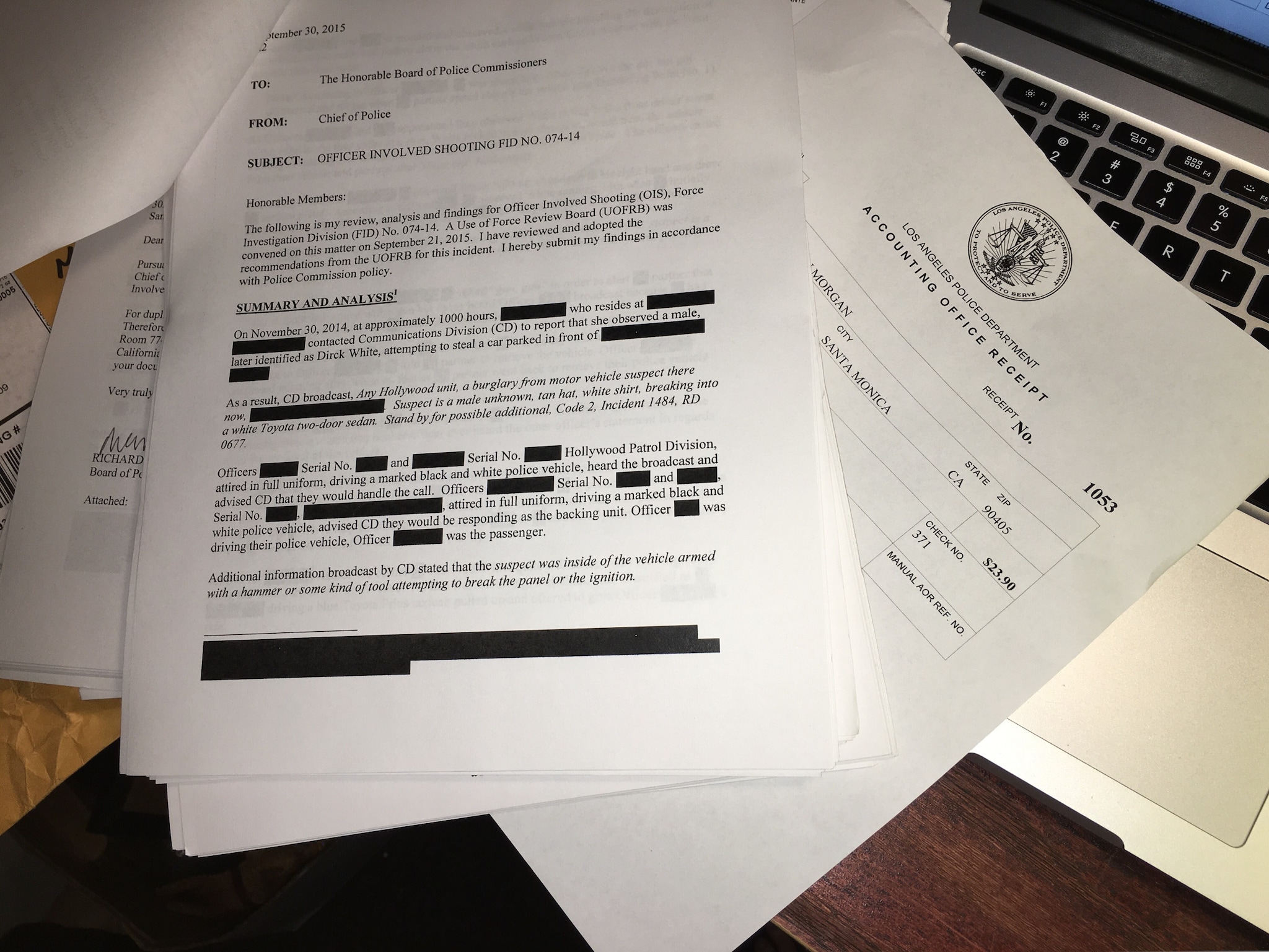