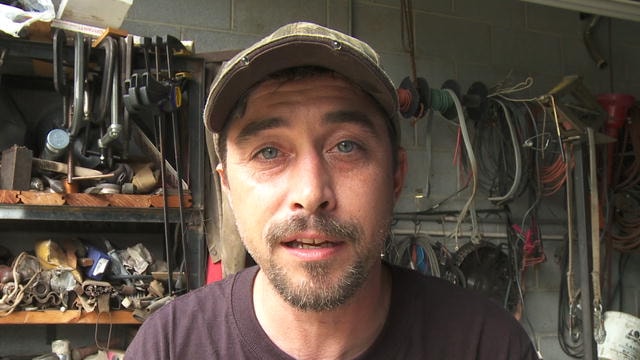 Ironically, Tickle considered a run for U.S. Congress in 2013, but didn’t go through with it. (Photo: Discovery)

Virginia resident and Discovery Channel’s Moonshiners star, Steven Ray Tickle, was given a sentence of three years (suspended) for possession of a sawed-off shotgun.

Arrested last July in conjunction with a traffic stop for having a bad headlight, authorities found the shotgun which led to trouble. Though his attorney, Joe Garrett, argued Tickle was on his own property when stopped and there was no search warrant or consent to search, he was found guilty in January  by a local court.

As noted by the Richmond-Times Dispatch, Pittsylvania County Circuit Judge Stacey W. Moreau handed down the three year suspended sentence last week, in line with recommendations from Assistant Commonwealth’s Attorney Aubrey Gordon who asked that Tickle not do time.

Tickle was prosecuted for a felony charge under Virginia laws on short barreled shotguns, and did not receive federal charges. Commonwealth law prohibits sawn-off shotguns and rifles unless they are non-firing curiosities or are registered in compliance with federal law under the National Firearms Act.

Tickle, who plays a lovable if sometimes misunderstood purveyor of homemade corn liquor on the Discovery Channel since 2011 is officially a carpenter by trade.

And is a man who apparently likes a handy shotgun.