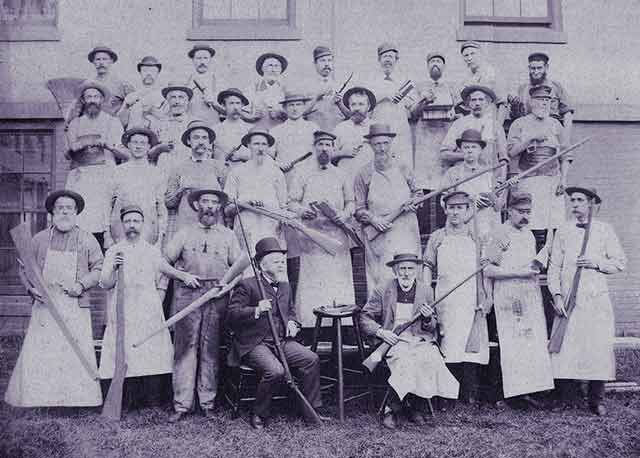 The Maine State Museum in Augusta currently has an exhibit that is all about guns.

“Inventors and Sportsmen: Maine Gunsmiths in the 1800s,” which features 75 artifacts by 22 different artisans, highlights the state’s history surrounding guns and even has a focus on the physics of firearms.

Chief Curator of History and Decorative Art at the museum, Laurie LaBar, said the exhibit, which was made possible by donations from the community, has thus far been a success, especially in the eyes of collectors.

“Finally, thanks to the generosity of a couple of donors including the man who literally wrote the book about Maine guns – Dwight Demerritt – we finally have enough Maine guns in our collection to have an exhibit that just highlights their work,” LaBar explained.

LaBar said the innovative workers of the 19th century aimed at making gunsmithing more efficient and firearms working faster, noting that some of the guns in the collection took 20 seconds or more to reload.

LaBar, who incidentally is a silversmith in addition to the museum curator, said the exhibit was put together at the request of local residents, who are still in awe of a similar exhibit from 30 years ago.

“Guns were and still are an important part of Maine culture,” she concluded.