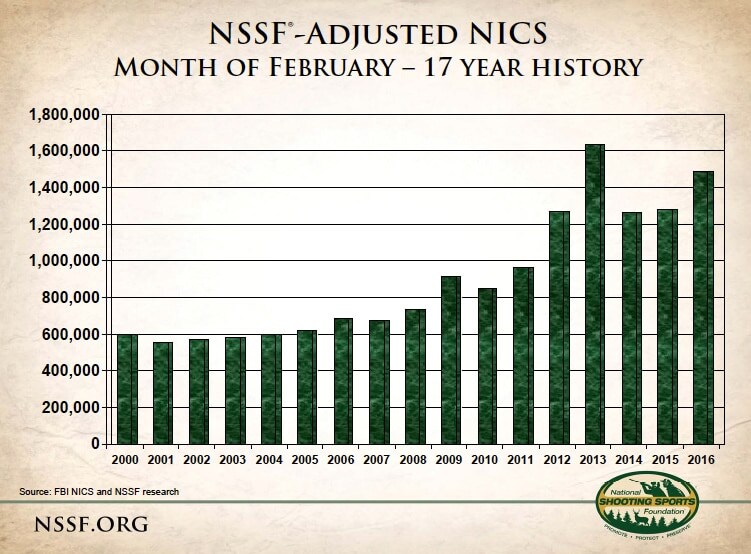 March pulled in more than 2.5 million background checks for gun sales, a new record for the third month of the year.

The Federal Bureau of Investigation released the figures for the National Instant Criminal Background Check System this week. So far, the numbers have been well above the past two years— marking the biggest first quarter for checks since the system launched in 1998.

Total checks for March 2016 equal 2,523,265, but when adjusted — subtracting out permit checks by numerous states — the figure becomes 1,297,275, according to the National Shooting Sports Foundation, the gun industry’s lobby.

NICS keeps track of background checks performed by licensed gun dealers and in turn many use the monthly figures as a barometer for gun sales.