Lawsuit filed against Nashville Fair Board over gun show ban 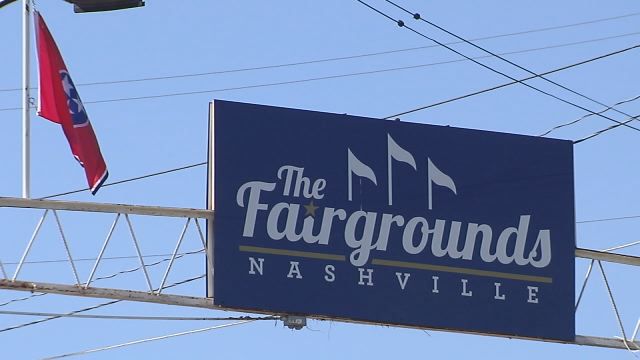 A vendor who has been booking gun shows at the fairgrounds for more than 30 years is suing the venue over their new policy against such events. (Photo: WKRN)

A gun show operator and the state gun rights group is suing the Metro Nashville Fair Board contending they exceeded their authority in banning gun shows.

After hearing from a dozen local gun control advocates, Fair Commissioners voted 3-0 last December to refuse any new gun shows at their venue and is moved to cancel shows already booked more than 30 days out. The operator of the largest show, Bill Goodman’s Gun and Knife Show, which has been renting fair space since the 1970s, last month warned a lawsuit could be on the way if the city stops hosting gun shows, but the board refused to rethink its decision pending new rules for gun show operators

“This action by the Mayor Barry’s Nashville to deny lawfully operated gun shows from operating at otherwise publicly available facilities at the fairgrounds clearly is a move by the city to regulate the purchase, transfer, possession, sale, and acquisition of firearms by the public,” TFA Director John Harris told Guns.com previously.

Dave Goodman, the gun show company’s president, contends the board is not only breaking state gun laws, but is exceeding its own charter at the same time.

“It is not just a case of the Fair Board pushing the limits of its authority, by trying to put an end to gun shows at the Fairgrounds — shows that have been held at that location for years — the Fair Board is directly contravening the express language of the Metro Nashville Charter that requires that activities that were held as of December 2010 be continued,”  Goodman said in a statement emailed to Guns.com.

Fair board chair Ned Horton told The Tennessean he wasn’t surprised by the lawsuit, and puts the blame on Goodman.

“It’s annoying to have the expense and hassle, but it shows that there’s not a good working relationship there,” Horton said. “When they’ve said in public meeting after public meeting that, ‘We’ll just sue you. We won’t talk. We’ll sue.’ OK, well, thanks for that.”

Fair Board Member Kenny Byrd told WTVF the board’s vote violated neither state law nor the Metro Charter, and as such he expected the lawsuit will be dismissed.

“It’s either frivolous or borders on that,” Byrd said. “This is a ludicrous argument to make.  It is basically a lawsuit that says you have to let us on your property. You have to let us come.”

The suit, filed in Chancery Court, seeks a declaratory judgment action against Metro Nashville to ensure gun shows remain a fixture at the Fairgrounds into the foreseeable future as well as nominal damages and attorney’s fees.