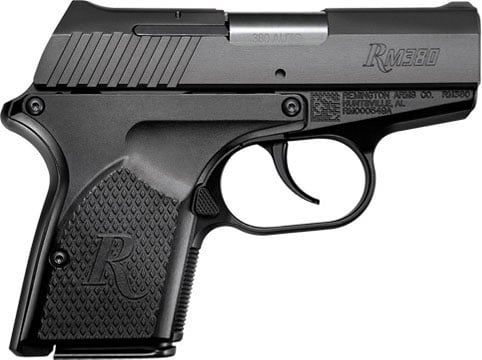 The Remington RM380 will now be available for sale in Maryland as the state police added it to the roster of approved handguns.

The company announced the milestone last week. However, there are few if any differences in a Maryland-compliant model and one available most everywhere else in the United States.

According to the Maryland State Police website, in order for a Maryland resident to own a handgun, it must be listed on the state Handgun Roster. The only descriptive language in law regarding compliance states the handgun must have been manufactured after Jan. 1, 1985. Also, the handgun must comply with a 2013 state law that dictates magazine capacity and defines assault weapons.

Introduced last October, the Model RM380 is an all-metal subcompact with 6+1 capacity. It’s made to be handy for concealed carry, with a low-profile slide stop, ambidextrous magazine release, a beaver-tailed grip, and textured finishes on the side and front grip surfaces. The overall profile of the little gun is designed for snag-free drawing and ease of carry.

It also has “light slide racking force,” as Remington called it, a trait that may appeal to those looking for a slide that’s easier to manipulate than some.

Remington said the RM380’s 2.9-inch barrel is the longest in the micro-pistol class, to enhance accuracy. It has an overall length of 5.27 inches, a width of .95 inches, and overall height of 3.86 inches.

It’s currently only offered in black with anodized finish. The grips are glass-filled nylon, and are replaceable for those who want to add a custom touch.

The trigger pull is long for safety and, though Remington’s advertising describes it as “light,” the specs say it’s a 10-pound pull. The handgun itself weighs 12.2 ounces. The pistol retails for $436.