Teen robber hides in bathroom after clerk pulls his own gun 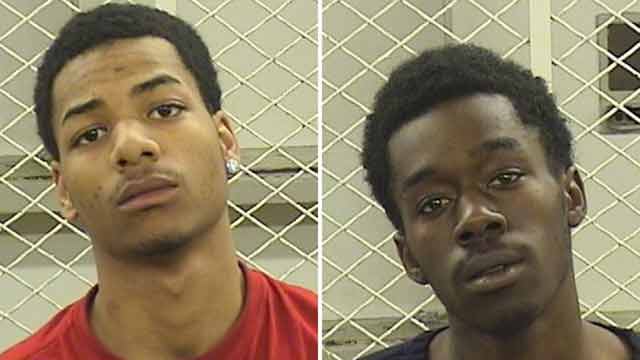 Two teens attempted to rob a Cleveland deli at gunpoint last week, but thanks to the efforts of an armed clerk, an alert witness and a passing police officer, the teens are now behind bars.

The owner of Suleyman’s Supermarket, who asked to remain anonymous, said the two suspects entered the store around 9:45 p.m. March 30, wearing masks and carrying handguns while he and another employee were at the store.

The 54-year-old business owner said he was “panicked and scared,” fearful that the suspects would kill him and his friend, local media reported. The owner emptied the cash out of the register, which totaled about $300, and the suspects then turned to make their escape.

However, what neither the suspects, nor the store owner knew was that someone outside witnessed the two teens enter the store with masks and guns and immediately flagged down a passing police officer who was on patrol.

As the suspects walked toward the door, the clerk grabbed a gun from behind the counter, but before they noticed the armed clerk, they saw the officer standing outside of the deli. At that point, they turned around and ran toward to the back of the store, but the clerk – who was now armed with a gun of his own – ran after them.

The clerk was able to grab one of the suspects, slammed him against a wall and held him at gunpoint, while the second suspect locked himself in a bathroom.

The clerk warned the second suspect that he was the one with the bigger gun, and eventually the suspect decided to come out of the bathroom and surrender. Both suspects allegedly begged the man not to shoot them.

As he held the two at gunpoint, the clerk searched the suspects’ pockets and disarmed them. Not knowing the officer was still outside, he then called 911 to report the robbery. By then, the officer outside had already called in SWAT for backup.

The two suspects, who were later identified as 19-year-old Dante Paschal and 18-year-old Coreauntae Nicholson, were arrested after the clerk forced them to crawl out of the store. They were both charged with aggravated robbery and are each being held on a $250,000 bond.