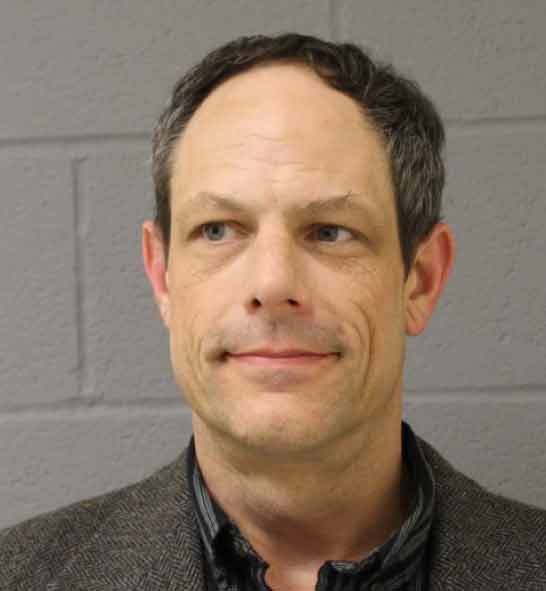 Jason Adams is currently on administrative leave and is due in court later this month. (Photo: Newtown Police Department)

A science teacher at a middle school in Newtown, Connecticut, is facing felony charges after authorities say he came to the school carrying a concealed firearm Wednesday morning.

Police were called around 9 a.m. and informed by school officials that security personnel detained Jason M. Adams, 47. Adams was allegedly seen with a gun inside Newtown Middle School, which is located less than two miles from Sandy Hook Elementary. Reports from the News Times indicate the incident, which occurred when school was not in session, unfolded after another employee at the school noticed what appeared to be a weapon under Adams’ clothing.

According to a press release from the Newtown Police Department, Adams had a valid Connecticut Pistol Permit, but was in violation of the law by possessing the gun on school property.

Adams was arrested and charged with Possession of a Weapon on School Grounds, a Class D felony. After being briefly detained, he was released on his own recognizance and is due in court later this month. If convicted, he could face up to five years in prison and a $5,000 fine.

Officials did not say why they believed Adams was carrying the handgun, but did confirm the gun was never unholstered or otherwise used. Students and other staff were not believed to be in harm’s way.

Nonetheless, the Newtown School System called the incident “very serious and troubling,” and said they, along with the Newtown Police Department “have been working closely together to investigate the incident and are taking precautions to ensure the continued safety of our students, staff and community members.”

Adams has been placed on administrative leave, pending the results of the investigation. Additionally, authorities contacted the State’s Licensing and Permit Unit, which issues Pistol Permits, and informed them of the incident and Adams’ arrest.

The police department said it is “confident that security precautions put in place prior to the incident were instrumental in the quick and appropriate response to the event.”