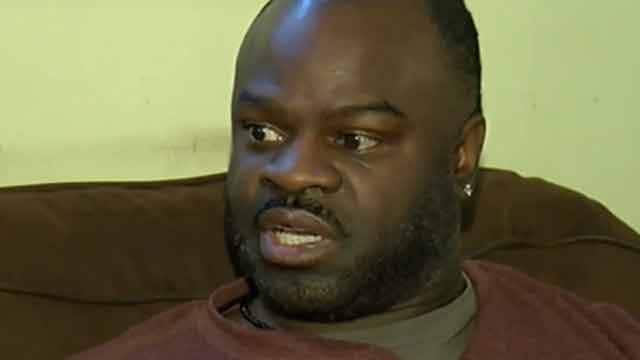 Bernard Dickerson said he was running on pure adrenaline after being shot, only thinking about not letting the suspect get away. (Photo: WHAM 13)

Despite being shot in the leg, a 51-year-old father chased down and wrestled a gun from one of three suspects who broke into his Rochester, New York, home Monday night and assaulted his teen daughter.

Bernard Dickerson told a local ABC affiliate that he knew something was awry when he came home around 10 p.m. and found his door had been kicked in. Little did he know that three men broke into his home and were assaulting his 16-year-old daughter.

Dickerson said he walked through the kitchen, toward his bedroom and was met by an intruder who pointed a gun at him. After coming face to face with the father, the three intruders immediately fled the scene, but Dickerson was not about to let them go.

He chased after the suspects through several neighboring yards, but during the chase, one of the suspects turned and fired at him.

“I knew I was shot – I felt it going through my leg,” Dickerson said. “I just took off at him. I knew in my mind that I have to get the gun from this guy.”

So Dickerson, who admitted he was running on pure adrenaline, ignored his injury and continued to chase the suspect. When he finally caught up to the suspect, he grabbed him, then took the gun from him. By that point, witnesses were there to give him a helping hand, and Dickerson held the suspect until officers, who were on patrol nearby, came to the scene and arrested him.

Dickerson, as well as his daughter, who suffered facial injuries during the assault, were taken to the hospital for treatment. Both are expected to recover.

Authorities are still searching for the remaining two suspects, but Dickerson said although he does not know their identities, he recognized them and has seen them around the neighborhood before. He said he is hopeful the other suspects will be caught, but thankful the one didn’t get away.

Investigators said they believed the home was targeted, but did not indicate why.