High school student with ‘hitlist’ and rifle on layaway arrested 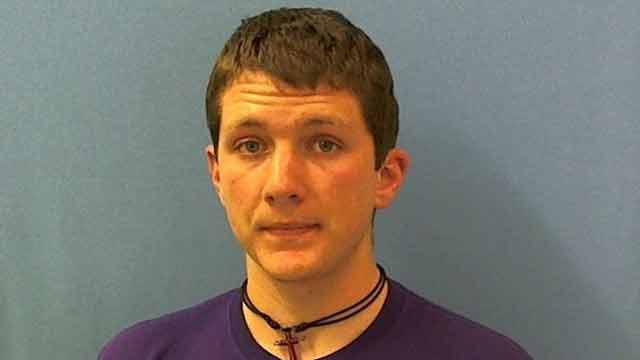 An 18-year-old student from Shirley, Arkansas, is in police custody after other students became concerned about his recent behavior, including a reference to a school shooting and the creation of a “hitlist,” according to the Van Buren County Sheriff’s Office.

Authorities were notified Monday afternoon by Clinton High School Principal Frank McMurry, who was contacted by a teacher about a conversation Jacob R. Carrigan allegedly had with his ex-girlfriend.

Carrigan, a high school senior, said to his ex-girlfriend, “Hey, wouldn’t it be funny if I showed up to graduation and started shooting?” The girl, who did not find humor in the remark, responded by saying that it would not be funny. To which Carrigan replied, “True.”

The girl was apparently disturbed enough by the conversation that she told a teacher about it, and that teacher, in turn, notified the principal, according to reports from a local ABC affiliate.

Investigators spoke with school staff, Carrigan’s girlfriend and other classmates. Authorities learned Carrigan had a list of names and went around the school, walked up to those students on the list and asked them if they thought he was rude. Carrigan then placed either a checkmark or an “X” beside the student’s name, depending on their response.

An affidavit shows one student, whose name was on the list, was questioned by Carrigan. The student replied with, “No, not really” when asked if he thought Carrigan was rude, and Carrigan responded by saying, ”OK, you’re safe then.”

Another student, who works at a local pawn shop, told authorities Carrigan recently put an AR-15 on layaway at the shop, noting that he “always wanted one.”

Police interviewed Carrigan, and although he admitted to creating the list, he downplayed the notion that it was a hitlist and said he simply created it out of curiosity. When asked about the “you’re safe then” comment, Carrigan couldn’t give an explanation of what he meant.

Carrigan, who has been suspended from school since Monday, was arrested Thursday and charged with falsely communicating a terrorist threat, a Class B felony. He remains in the Van Buren County Jail, where he awaits his first court appearance.