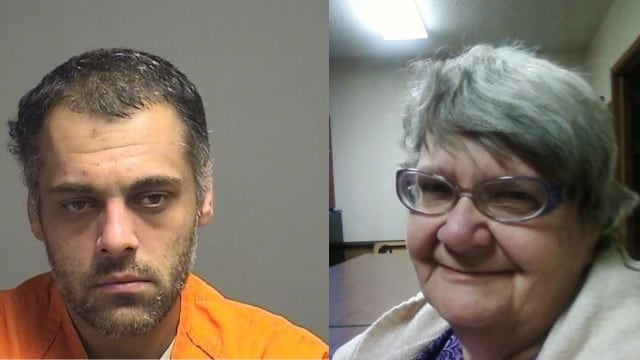 Elie J. Faraj, 31, allegedly walked Tamyra Gudzinas, 74, through more than a dozen over the counter gun buys for other people. (Photo: Composite from public records/Facebook)

A federal grand jury indicted a 74-year-old woman for straw buying more than a dozen guns, the Justice Department announced this week.

Tamyra Gudzinas, 74, of Hubbard, Pennsylvania, bought guns on 14 occasions from retailers in the Youngstown and Warren areas over the last five months of 2015, according to court documents. The guns included 11 Glocks, three Sig Sauer pistols and two AR-15 rifles.

On federal paperwork for the background checks, she stated that she was the intended owner, but investigators say she bought them for another person at the urging of Elie J. Faraj, 31, of Youngstown, Ohio, according to court documents.

Faraj cannot possess firearms under federal law because of his 2012 felony conviction for cocaine possession.

Investigators think Faraj walked Gudzinas through the first fraudulent gun buy at a Gander Mountain location in nearby Warren on Aug. 24, according to court documents. The guns were then moved to a third party or parties who were not identified by name.

Authorities recovered six of the guns from an address in Boardman, Ohio last December after a joint investigation by the ATF and the FBI Violent Crimes Task Force.

Faraj was arrested for violating his parole and is currently at the Mansfield Correctional Institution. He has also been charged this week with four counts of illegal firearms possession.

Authorities did not make clear how Faraj and Gudzinas knew each other. A public records search shows her as surviving her long time husband who died in 2012.

Also, a public records show he had other coke-related charges dating back to 2003. He was released from prison on Aug. 11 and currently on supervised release.