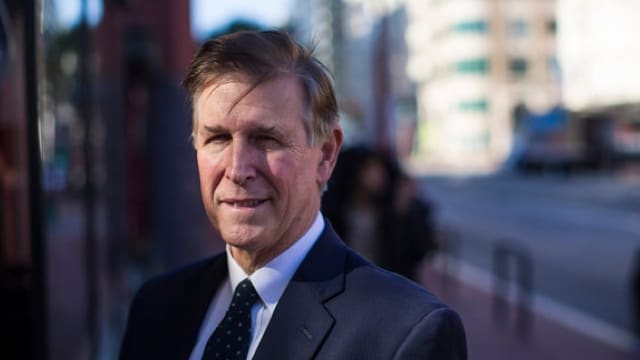 A first-term Democrat is expected to introduce a bill Tuesday to give the Bureau of Alcohol, Tobacco, Firearms and Explosives more power to share gun trace data in lawsuits and to remove the current checks and balances of a Senate confirmation vote on the agency’s director.

“So what if we didn’t pass new gun safety laws, but instead simply returned to the ATF the authority and autonomy to fully perform its duties?” wrote Beyer in an op-ed for the Washington Post published late Monday. “What if this key agency were enabled ‘to protect communities from violent criminals … the illegal use and trafficking of firearms … [and] acts of terrorism,’ as its mission statement reads, without interference?”

The solution as advocated by the lawmaker is his ATF Enforcement Act, set to introduce to the House this week.

The measure outlined by Beyer would for starters repeal the Tiahrt Amendments.

Implemented in 2003, Tiahrt blocks the use of the contents of the Firearms Trace System database maintained by the ATF’s National Trace Center in state civil lawsuits or in efforts to suspend or revoke a gun dealer’s license. Tiahrt has long been a principal target of former New York Mayor Michael Bloomberg’s Mayors Against Illegal Guns, which is now part of Everytown.

However, as noted by gun rights groups, the ATF itself along with the Fraternal Order of Police have repeatedly opposed the release of trace data to outside agencies and the public, citing that it may jeopardize ongoing investigations, could be biased and violate confidentiality laws.

Lawrence Keane, senior vice president and general counsel of the National Shooting Sports Foundation, explained to Guns.com on Tuesday that scrapping Tiahrt is a non-starter.

“The NSSF will oppose this ill-advised legislature which, by permitting the public release of law enforcement sensitive trace data, will threaten ongoing criminal investigation and jeopardize the lives of undercover agents and witnesses,” said Keane. “This is why ATF and law enforcement groups support the Tiahrt Amendment.”

Further, Beyer proposes the contentious process of having a presidential nomination for the job of ATF director, approved by the Senate, be changed. Instead, his bill would give the attorney general power to make a direct appointment oversee the bureau’s more than 4,700 employees and $1.5 billion budget.

Prior to 2006, directors were appointed by the administration, but this was changed after an amendment to the Patriot Act forced candidates to run the gauntlet of a Senate confirmation process. In the proceeding 10-year period since then the agency has functioned with a series of acting directors with only one, the controversial B. Todd Jones, confirmed.

“For years, congressional allies of the gun lobby have blocked nominees by both Democratic and Republican presidents,” noted Beyer.

Notably, the directors of the Department of Justice’s other law enforcement arms – the Federal Bureau of Investigation, U.S. Marshals Service, and Drug Enforcement Administration – are all nominated by the president and confirmed by Congress. The Senate approves even the head of DOJ’s 400-strong Office of the Inspector General.

Keane feels the ATF director job should have the same due diligence performed.

“We believe ATF should be respected and treated like a first rate federal law enforcement agency on par with the FBI and have a Senate-confirmed director.”