Why do you buy guns? Most Americans say self-defense 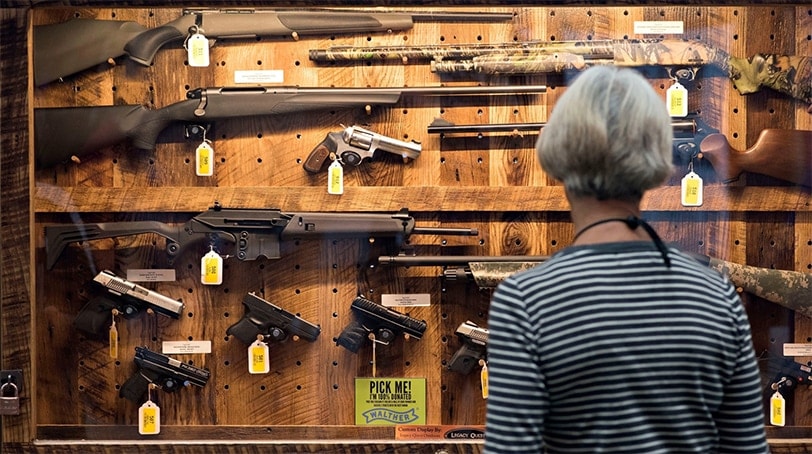 Gun sales are on the rise with almost a quarter of Americans saying they or someone in their immediate family has purchased a gun in the past year, according to the results of a new survey put out by Rasmussen Reports on Wednesday.

The results coincide with an increase in federal background checks performed – the gun industry’s main trade group, the National Shooting Sports Foundation, claiming a 9.2 percent increase in firearms sales in the first quarter 2016 from the previous year. Those numbers were adjusted down from a 25.4 percent increase to account for permit checks by states and not actual sales.

While many Americans are buying guns, a majority – 70 percent – did not purchase a firearm in the past year, the survey found. Further, 44 percent of Americans think it’s too easy to buy a gun and 66 percent believe self-defense is the main reason one would purchase one.

In recent years the firearms industry has set its sights on women, marketing everything from concealed carry lingerie to pink range bags and rifles. According to the NSSF, more women are actually buying guns and the market is responding. Critics argue that isn’t the case – that the number of women buying guns has remained steady for decades and there isn’t a buying boom among the ladies.

The National Rifle Association, too, has said it has shown an increased interest among senior citizens above the age of 60.

Gun groups attribute these factors to the industry’s overall growth — a 158 percent increase since President Obama took office. Obama himself has caused an uptick in gun and ammunition sales, analysts say – the heaviest month came after the president called for increased gun control following the fatal December terrorist shooting in San Bernardino. 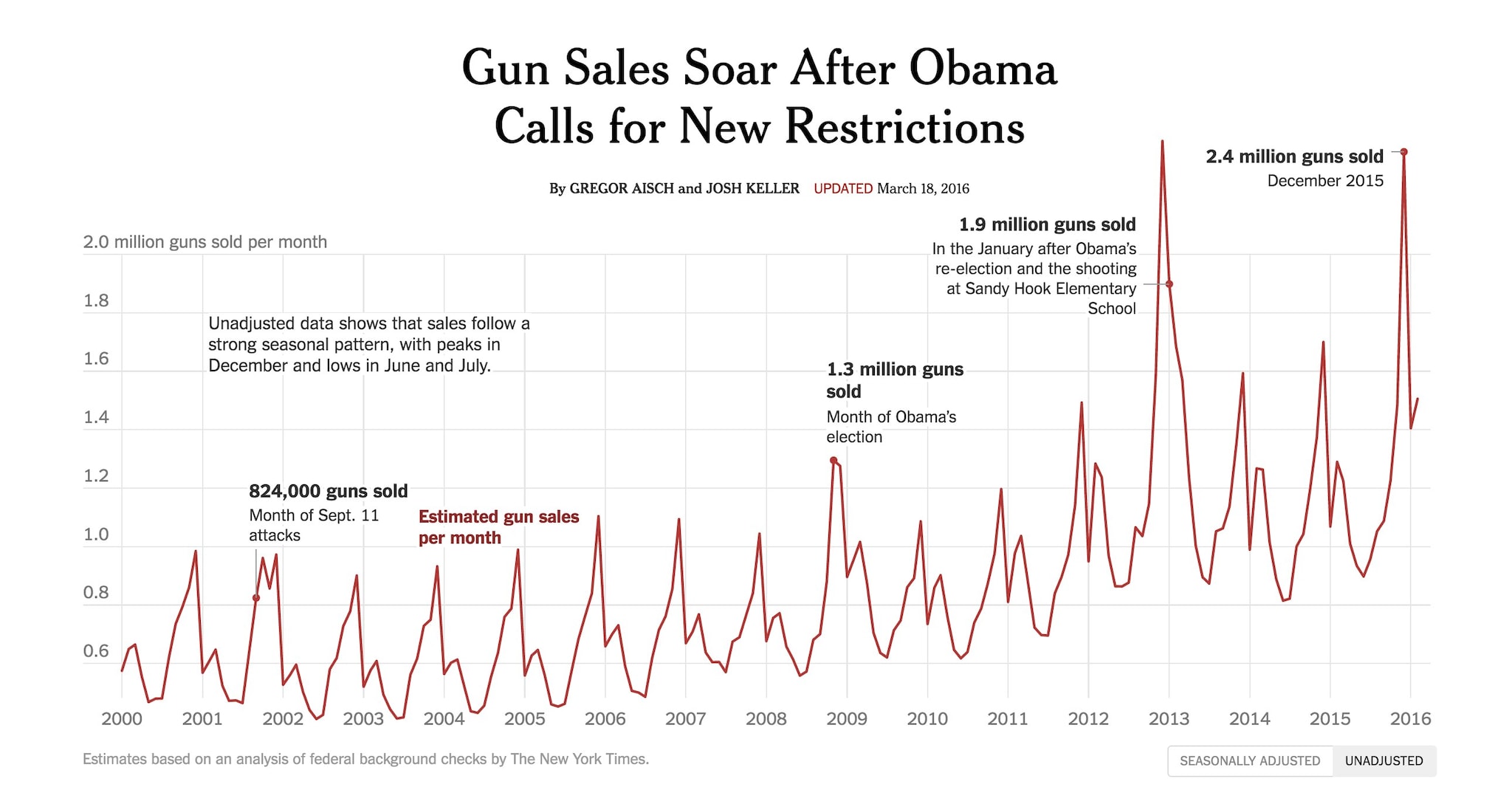 A December Rasmussen study found that 63 percent of Americans who own firearms in the home say they feel safer because of that gun.

Last month, the Saint Leo University Polling Institute in Florida put out a poll that found 60 percent of Americans say there should be additional licensing or permitting and some restrictions on certain firearms like so-called “assault weapons,” a term used loosely and often incorrectly lumps in  semi-automatic rifles like the AR-15.

And with the 2016 presidential election drawing closer, talk of guns and gun control are increasingly in the spotlight. Most Americans shy away from speech pushing for the “control” of guns, a November Quinnipiac University poll found. Voters were less likely to support “stricter gun control laws” than they were “stricter gun laws.” The Connecticut-based university took two groups of people and asked each one of the two questions. This could highlight the absurdity of using polls as an absolute for pushing for more or less regulation around guns or any other issue.

What about you? Have you or an immediate family member purchased a gun in the past year? What kind? Tell us in the comments section below.