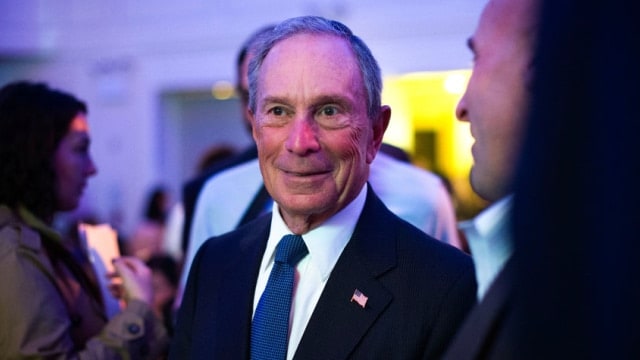 Everytown has sweetened the pot for gun control advocates looking to add a voter referendum on Washington State’s Extreme Risk Protection Order to the ballot this November.

The byzantine 21-page proposal, I-1491, would establish Extreme Risk Protection Orders in the state to allow families and law enforcement to ask the courts to issue a temporary restriction on an individual’s gun rights.

Taking point on I-1491 is the Alliance for Gun Responsibility, the front group for a 2014 measure fueled by huge influxes from billionaire tech gurus and national gun control group that led to universal background checks in the state. In a repeat of that campaign which saw millions fed into the engine to push through to voters, Everytown’s Gun Safety Action Fund announced a pledge of $500,000 this week.

“Washington voters spoke loud and clear in 2014 when they approved background checks for all gun sales,” said Everytown President John Fienblatt in a statement. “Now, Washington’s Moms Demand Action chapter, the Alliance for Gun Responsibility, gun violence survivors, and other gun safety advocates are rolling up their sleeves once again – this time, with the goal of empowering law enforcement and families alike to prevent tragedy when someone poses a significant threat to self or others.”

Critics of California’s gun violence order measure, which also allows for a one-year restriction, went so far as to call that legislation “a nightmare gun control bill” and the “Turn in your neighbor bill.” They argue measure’s language would make it possible for virtually anyone to ask for a court order for a firearms seizure warrant against gun owners without due process while at the same time offering no diagnosis, counseling, or treatment to those at the center of the order.

Likewise, the Washington proposal would not come with a mandate to seek treatment along with the gun ban, although a judge could refer the person in crisis for mental health or chemical dependency evaluation.

Gun rights advocates in the Evergreen State called out the move by the former New York mayor with deep pockets.

“What we really need is a restraining-protection order law that stops Bloomberg and his cadre of anti-rights organizations from spending millions of dollars to violate our right of due process,” Alan Gottlieb, executive director of the Second Amendment Foundation, told Guns.com Thursday. “This is not just about guns. It is about the rule of law in a free society.”