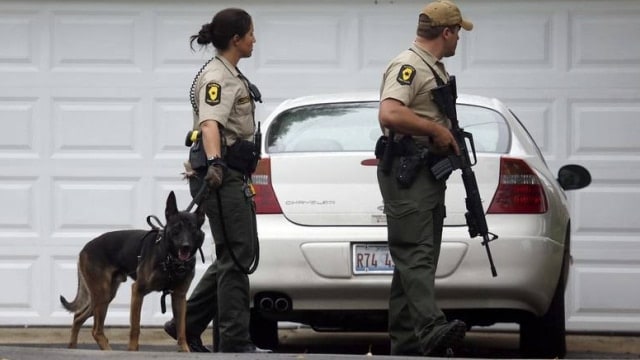 A proposed Lethal Violence Order of Protection would mandate police in Illinois move to seize weapons from those deemed “at risk” by the courts. (Photo: Daily Herald)

A measure that will lead to the seizure of firearms from those believed to be a risk passed an important committee vote last week and gun rights advocates are moving to oppose it.

The Judiciary and Criminal Committee approved the Lethal Violence Order of Protection Act, filed by House Democrats in February, on April 7 by a unanimous 6-0 vote.

“This legislation is a common sense measure that will protect law enforcement, community residents, and family members of people who may pose a threat to themselves and those around them,” said bill sponsor Rep. Kathleen Willis, D-Addison, in a statement. “We need to make sure we have proper checks and balances in place in the courts to quickly respond when somebody may be in danger to him or herself and other individuals.”

Willis’ proposal, HB3160, would establish protocol under Illinois law for Lethal Violence Orders of Protection (LVOP). These orders could be obtained by a family member or law enforcement officer from the court if they contend there is an immediate danger of an individual causing personal injury to themselves or others. Once issued, the individual would be prohibited from owning, purchasing, possessing, or receiving a firearm and would have to surrender any guns in their possession as well as their state-issued firearms card.

Gun rights advocates argue the bill, if enacted in its current version, would arbitrarily redefine “domestic violence” in the state while broadening the definition of “domestic partner,” and reclassify many thousands of law-abiding Illinois citizens as being ineligible to own firearms.

The legislation has the backing of the Illinois Council Against Handgun Violence.

“In many recent mass shootings, community members noted warning signs beforehand but there was nothing they could do to remove the shooter’s access to guns before the tragedy,” noted the group in a statement.

The bill was referred to the House Rules Committee on Tuesday for further hearings.