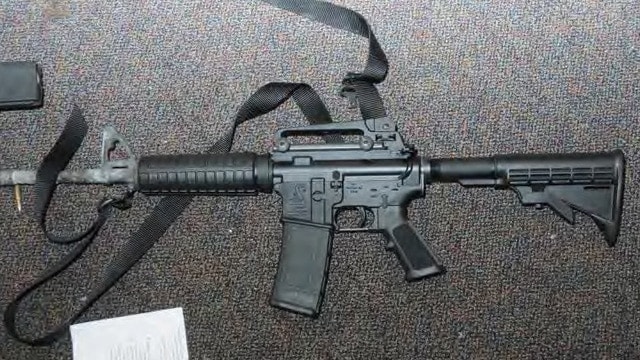 This Bushmaster AR-15 rifle was used in an attack on Sandy Hook Elementary School in December 2012.

A Connecticut state judge on Thursday denied a motion to dismiss a lawsuit that holds Remington Arms responsible for the Sandy Hook massacre.

Attorneys involved in the wrongful death suit submitted arguments in February on whether or not the state court should advance the case. The class action suit was filed by nine of the families of those killed in the 2012 school shooting.

“We are thrilled that the gun companies’ motion to dismiss was denied. The families look forward to continuing their fight in court,” said Josh Koskoff, one of the lawyers representing the families, in a statement sent to Guns.com.

The case argues that marketing efforts by Bushmaster, which is owned by Remington Outdoor Company, played an influential role in motivating the gunman who carried out the shooting.

The case returned to a state court after the gun maker pushed it to federal court with the intention of having it dismissed under the Protection of Lawful Commerce in Arms Act, which shields gun makers from liability if their firearm is used with malice.

The case is scheduled to resume April 19.

This article will be updated as more information develops