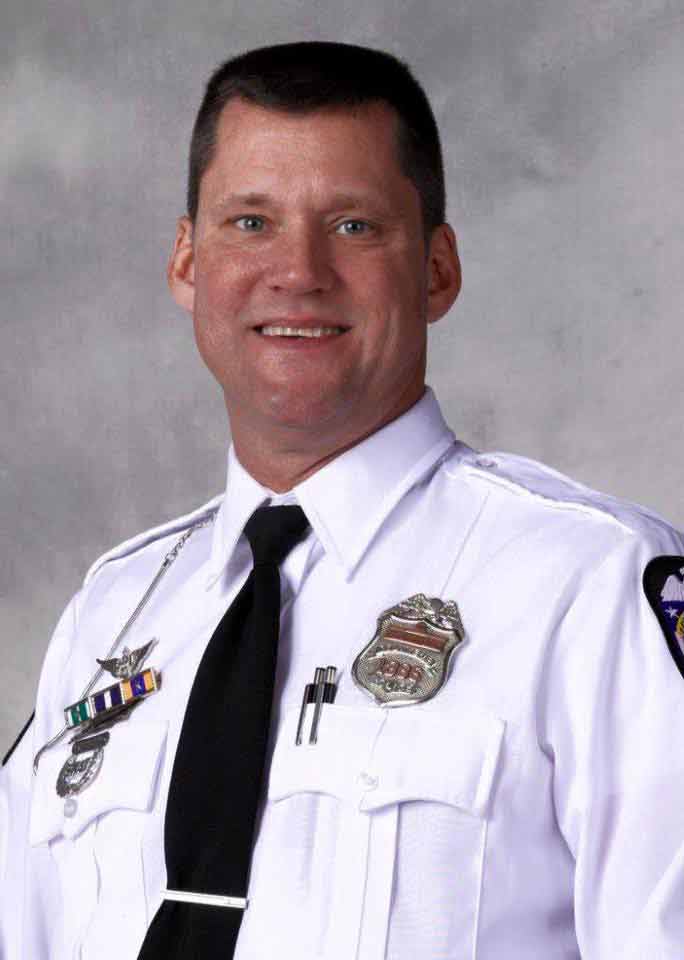 An officer with the Columbus Police Department died Tuesday afternoon after he succumbed to injuries sustained during a shooting over the weekend.

Officer Steven M. Smith, 54, passed away while surrounded by his family, which included his wife of 32 years and two adult children.

Smith was critically injured Sunday during a standoff with Lincoln Rutledge, 44, who was accused of setting his estranged wife’s house on fire one day prior. The SWAT team was attempting to arrest Rutledge for arson when the shooting occurred.

Smith was rushed to the hospital, but after two days, efforts to save him failed. According to the Columbus Police Department, Smith was an organ donor and up to eight lives could be saved through his death.

Ohio Fraternal Order of Police President Jay McDonald confirmed in a statement that the weekend shooting was not the first time Smith was shot in the line of duty either. He also suffered a gunshot wound in 2013.

“While others might have turned away, he heroically returned to duty,” said McDonald. “We join his family and friends in celebrating his life and service while mourning his senseless death.”

Rutledge was taken into custody and is being held without bond, the judge citing him as a risk to public safety. Those who are acquainted with him also noted concern surrounding his unusual behavior over the last few months, NBC News reported.

Rutledge resigned earlier this month as information technology security engineer at Ohio State University. University officials said he had taken a leave of absence on Feb. 1, but about six weeks later, his building access was revoked “when he began to behave erratically.”

Concerned for his wellbeing, university officials tried to persuade Rutledge to contact the employee assistance program for help and also arranged for wellness checks. A fellow employee later told police that at one point, he went to check on Rutledge, but Rutledge attempted to attack him with a hammer. The co-worker expressed concern over weapons, including a gun, that he saw in Rutledge’s possession.

Likewise, Rutledge’s estranged wife said he threatened her with a gun in March. She said she attempted to get a court-ordered mental health evaluation, but Rutledge could not be located.