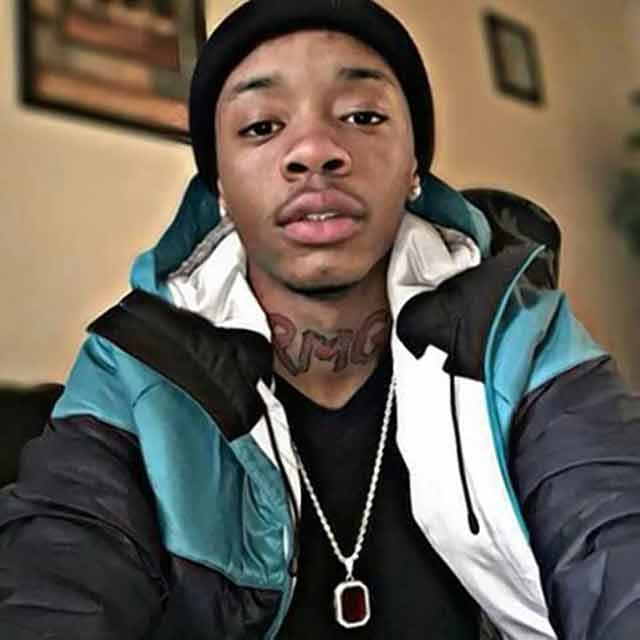 A 16-year-old boy was shot and killed during a police pursuit Monday evening in Chicago and while authorities maintain the teen pulled a gun on the officer, many are outraged over the shooting, which they believe was not justified.

The officer, whose name has not been made public at this time, initiated a traffic stop around 7:40 p.m. after coming in contact with a vehicle that matched the description of one involved in a shooting about half an hour earlier. But as the officer attempted to make the stop, 16-year-old Pierre Loury, jumped from the vehicle and fled on foot.

The officer continued to pursue Loury, who, according to First Deputy Superintendent John Escalante, had “prior contact” with the police and was considered a documented gang member. Escalante said during the pursuit, the teen turned toward the officer while holding a handgun and that’s when the officer fired at him, striking Loury a single time in the chest. A semiautomatic handgun carried by Loury was recovered at the scene.

In video recorded moments after the shooting by a woman who lives in an apartment overlooking the shooting scene, Loury’s body can be seen lying partially on the ground, his pants entangled in a fence. The woman, who did not wish to be identified out of fear of retaliation from the police, said the teen was shot while scaling the fence, although the actual shooting was not captured on video.

“They shot him in the air,” the woman told the Chicago Tribune. “His pants leg got caught on the fence and he hit the ground. If he hadn’t gotten shot, he would have cleared the fence.”

The woman also said after Loury was shot, she saw a paramedic walk over to him, check his pulse and state that he was still alive. After several minutes, Loury was transported to a local hospital where he was pronounced dead just before 8:30 p.m.

Once Loury’s body was removed, the handgun can clearly be seen in the video.

The woman admitted to lying to the police. She said when questioned, she told authorities she did not see anything.

Another witness claimed he saw officers “high five” each other after Loury was shot, according to reports from a local Fox affiliate, but no such action appeared to be captured on the female witness’ video.

Loury’s family was devastated to learn of the teen’s death, and his mother, Tambrasha Hudson, said the truth has not been told.

Karen Winters, Loury’s aunt, described him as “a typical Chicago teen male, no different than any other young man living in this city, facing some of the same challenges and trials and tribulations.”

Winters, along with other family members, dispute the claims that Loury was carrying a gun. She admitted the teen had prior run-ins with police, but said it was always “small, minor incidents.”

And while authorities say the investigation is far from over and there is still a great deal of details to sort out, protesters took to the streets to demand justice for the teen.

“They gunned down one of our brothers, they executed him. 16 years old. 16 years old. He should be here right now,” said one individual who was attending a vigil Tuesday night.

Following the vigil, protesters took to the streets and marched onto the Eisenhower Expressway, briefly stopping traffic, but for the most part, the protests remained peaceful. However, other protesters stopped and turned away before entering the expressway. 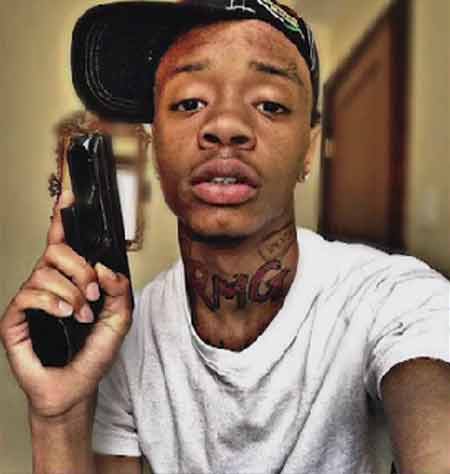 Although a gun was recovered at the scene, the family of Pierre Loury does not believe he would have been carrying a gun. (Photo: Facebook)

“I don’t condone what they did out here,” said 18-year-old Tatiana Balogun, who was a part of the protest until they took to the expressway.

Bionca Johnson, who lives near Loury and said he brought her groceries in the past, said the “kill or be killed” mentality is a sad reality of the neighborhood.

“It’s the story of the police, everybody has a gun,” Johnson said. “Half the time, these babies probably do have guns. They’re probably scared with everything they’re seeing on the news, so it’s like, ‘shoot first before I get killed.’”

Johnson said more focus needs to go into youth programs that provide chances for hope and opportunities of a better life.

“When you look around, what do you got to look forward to?” Johnson posed. “Like, am I going to have to live here my whole life?”