Texas A&M to allow campus carry in class and dorms 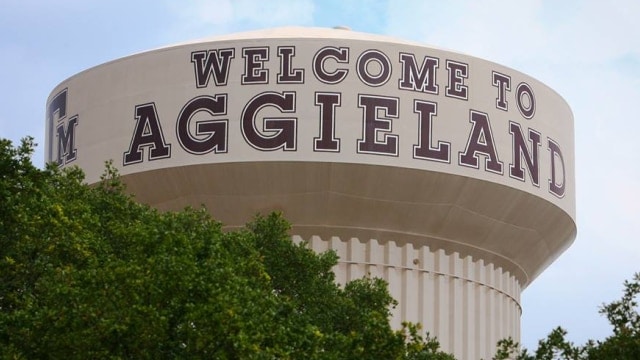 “Do I trust my students, faculty and staff to work and live responsibly under the same laws at the university as they do at home? Of course I do!” said TAMU Chancellor John Sharp (Photo: Texas A&M)

In a departure from other public universities in Texas scrambling to establish policies on concealed carry before August, Texas A&M University is recommending few restrictions.

Lawmakers approved and Gov. Greg Abbott signed into law legislation last year scrapping the blanket gun free zones on public college and university campuses in the state effective August. In response, schools such as the University of Texas and Texas State have opted to implement narrow new guidelines after much debate and public discourse that include, among others, restrictions on carry in student housing.

Not so in Aggieland.

A proposed campus carry policy approved by the university’s legal staff and Chancellor John Sharp and submitted Wednesday by TAMU President Michael Young to the school’s Board of Regents, while still recommending some restrictions, will allow guns in class and student housing.

“As President of Texas A&M, I am deeply committed to creating the optimal environment for learning, discovery and work. At the same time, as a state institution, we are subject to the demands of the law and will necessarily comply,” said Young in a message to the Texas A&M University community.

Further, unlike UT, whose policy goes to so far as to prohibit keeping a round in the chamber of semi-automatic handguns, A&M makes no such demand.

On the list where enduring gun free zones will remain in large part due to various state laws are areas where children are concentrated such as child care facilities and youth camps, medical facilities such as counseling centers and clinics, research labs, maritime vessels, sporting venues and premises where administrative investigations are held.

Two areas prevented from gun possession by federal law – the George Bush Presidential Library and the Nuclear Science Center – will remain off limits.

While the list reads long, effectively most areas on campus will be open to those with a concealed carry license.

Early in the legislative process for SB 11, the campus carry bill, Chancellor Sharp penned a letter to Lt. Gov. Dan Patrick on the subject, candidly offering his support.

“Having licensed gun owners in possession of legal weapons on our campuses does not raise safety concerns for me personally,” wrote Sharp. “The real question is this: ‘Do I trust my students, faculty, and staff to work and live responsibly under the same laws at the university as they do at home?’ Of course I do!”

Gun rights advocates in the state welcomed the news from the university system.

“TAMU seems to understand that, like the rest of society, they are required to follow the law,” Open Carry Texas President C.J. Grisham told Guns.com on Thursday. “Most importantly, they realize that campus carry will not be an issue as gun owners are safe, law abiding, and responsible citizens.”

In fact, the news from the school has Grisham ready to become an Aggie.

“I applaud the University for adhering to both the spirit and intent of the law and look forward to applying for my undergraduate degree program as soon as I can,” he said.