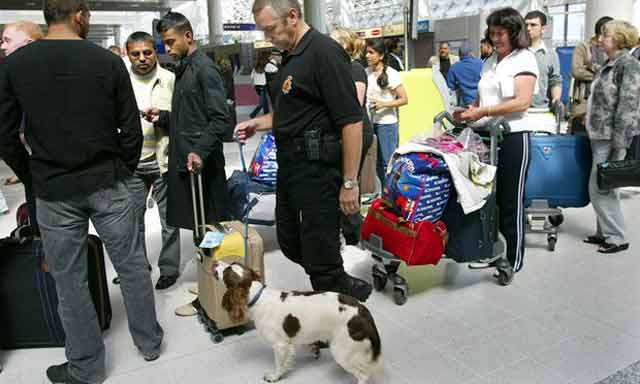 Authorities in England are a bit irritated with half a dozen dogs used to sniff out drugs at the Manchester Airport, because after six months of working, the dogs consistently discover cheese and sausages, but no class A drugs.

The highly trained dogs, which cost the British government £1.25 million, or around $1.7 million, were tasked with finding class A drugs, such as heroin or cocaine. These are considered “very high priority” among airport inspectors, but so far, no such discoveries have been made. However, the dogs have discovered small amounts of class B substances three times, as well as human growth hormone, Viagra and Bromazepam.

Furthermore, the highly trained, super expensive dogs have discovered 46,000 cigarettes and $28,000 in cash on carry-ons and 400 pounds of illegal meat.

A report released this week noted, “A senior manager agreed that there was a lack of innovation in the use of the dogs and told us that a new management structure was being put into place to take a fresh look at their deployment.”

The report also indicated that the dogs’ “accurate detections” was not conducive to the annual cost for the K-9 team.