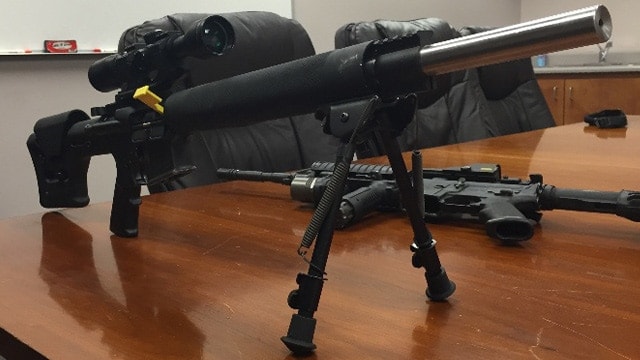 A type of firearm made at Daniel Crowninshield’s shop. (Photo: KCRA)

A Sacramento man pleaded guilty to making guns without a license and possession of an unregistered machine gun, the Justice Department announced April 14.

Daniel Albert Crowninshield, 45, admitted to operating a firearms manufacturing business out of C&G Tool, a metal shop in northern Sacramento. He used machinery at the facility to make AR-15 lower receivers and other firearms.

Crowninshield advertised his services on at least one online forum under the moniker “Dr-Death,” the Justice Department said.

“The manufacturing and unlicensed sale for profit of high-capacity firearms is a serious threat to public safety,” said U.S. Attorney Benjamin Wagner. “We will continue to vigorously investigate unlicensed gun dealers and prosecute violations of the federal firearms laws.”

Crowninshield is scheduled to be sentenced on June 30. He faces a maximum statutory penalty of 10 years in prison and a $250,000 fine.

The case was investigated by both federal and local authorities.