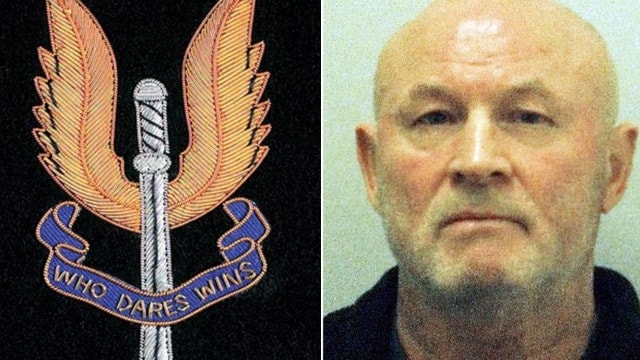 Former Para and Commando Albert Patterson gave a third of his life to the UK, and is looking at spending 15 months in jail over a pistol he brought back from the battlefield. (Photo: Composite)

Albert Patterson took the Queen’s schilling for 22 years as a paratrooper and SAS commando but is now looking at 15 months for a pistol he took off a captured enemy officer.

Patterson started his military service as a member of the crack Parachute Regiment and was on the ground during the Falkland Islands War in 1982 when he took a Browning Hi-Power off an Argentine officer.

Going on to pass Selection, he became a member of the Special Air Service for 15 years, the elite unit on which the U.S. Delta Force was based. Retiring in the Hereford area, he then went on to spend 15 of the past 20 years overseas as a contractor in Afghanistan, Iraq and other hotspots. 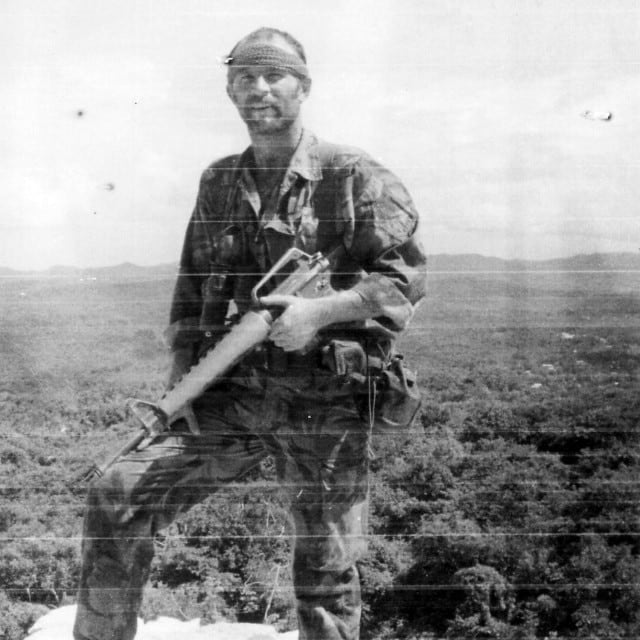 Patterson during his SAS days. Since leaving the service he has been involved in overseas contracting. (Photo: The Sun)

However, he earned the scrutiny of the long arm of British firearms laws when his home was searched in November 2014 due in relation to an investigation of alleged stolen property involving his brother. The investigation turned up the Browning, 177 rounds of ammunition, and four WWII-era Enfield revolvers. Under British law, private ownership of modern handguns is all but prohibited.

This, despite his war record, earned Patterson 15 months in prison last week, followed by a year of supervised release.

“In the wrong hands these weapons could lead to the death of police officers or cause all sorts of mayhem,” Judge Plunkett told Hereford Crown Court.

His attorney, Scott Coughtrie, defended Patterson, 65, by arguing he was only keeping the guns as a tie to his former service, in memory of fallen comrades, and that they posed no danger.

“In his history he has dealt with the most sensitive and dangerous operations this country is to bare. These weapons were never loaded or used in the UK and had never been in the public domain,” said Coughtrie.

Once news of Patterson’s fate became known, The Sun started a petition drive to have his sentence suspended and has been joined by a number of historical military figures to include former Under Secretary of State at the Ministry of Defense, Lord Andrew Robathanhis and his former commander in the Falklands.

“If he was a gang member in London then bang him up, but he’s not. He made a mistake and they should give him a suspended sentence, or even a fine,” said Major Gen. Julian Thompson, who commanded 3 Commando Brigade during the Falklands War.

The petition currently has 77,000 signatures.