Missouri university countersuing professor who wants to carry on campus 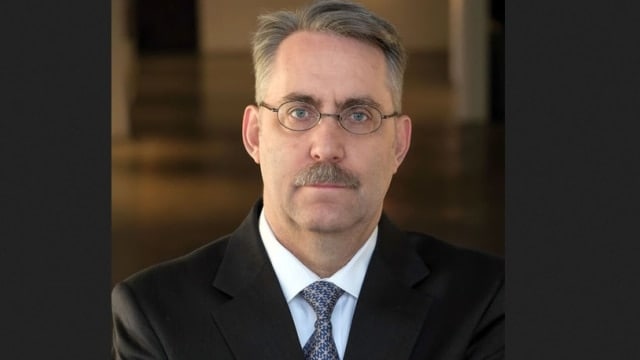 UM law professor Royce de R. Barondes filed suit in a state court last year to overturn the university’s anti-gun policy, but the school has lawyered up and moved the case to federal court. (Photo: Jennifer Bukowsky via the Columbia Missourian)

An attorney for a tenured professor suing the University of Missouri over their gun free zone contends the school is playing hardball in court.

Last September, Royce de R. Barondes, associate professor of law at the University of Missouri, sued the college over his right to carry on campus. Barondes has taught at the college since 2002 and obtained tenure in 2006, but incidents on campus and Missouri’s recent expansion of gun rights protections under the state constitution sparked him to seek to overturn the school’s no-gun policy.

Through his attorney, Jennifer Bukowsky, he filed an 83-page petition in the Circuit Court of Cole County, where Mizzou is located, seeking permanent injunctive relief against the school’s ban as well as attorney’s fees.

Since then, attorneys for the school have managed to move the case to federal court where they are countersuing the professor — seeking a further court order to prevent him from bringing a gun on campus, as well potentially crippling fees for their large legal team.

Bukowsky, who is seeking to move the case back to the local court, told the Associated Press the school’s “aggressive” handling of the matter in the courts is slowing the case down while making the fight more expensive.

A concealed carry permit holder, Barondes found that his rights to carry ended once he stepped foot on campus. However, the campus itself, argued court documents, wasn’t exactly safe.

In 2005, MU Assistant Professor Jeong Im, 72, was brutally murdered, his body stuffed into the trunk of his Honda Accord, and his vehicle set ablaze in a school parking garage on campus. Just five months prior to filing suit, police shot and killed an armed and dangerous man in another parking garage at the school.

Finally, just days before filing, Barondes and other faculty along with students took part in active shooter training, which he contend described them as de facto first responders while denying them the means to defend themselves, even citing local media coverage of the training in their suit.

Since the suit was filed, a 19-year-old UM student was arrested after threatening to shoot other students on social media while expressing a “deep interest” in the Umpqua Community College mass shooting in Oregon.

Citing the a provision in Amendment 5, a measure passed by voters in last August calling for strict scrutiny on gun regulations attempting to restrict Missouri residents from exercising their right to bear arms, Barondes thinks they are as protected under state law as federal.

The University’s legal team disagrees when it comes to their campus policy.

“The right to keep and bear arms under the federal and state constitutions is laudable, but not absolute,” wrote UT lawyers in their counterclaim. “The law has long recognized reasonable exceptions to that right, including exceptions for schools and colleges. Accordingly, the University has adopted a rule prohibiting the possession of firearms on University property except in regularly approved programs or by University agents or employees in the line of duty.”

The presiding judge is David Gregory Kays, Chief Judge of the U.S. District Court for the Western District of Missouri, a 2007 nomination to the bench by President George W. Bush.