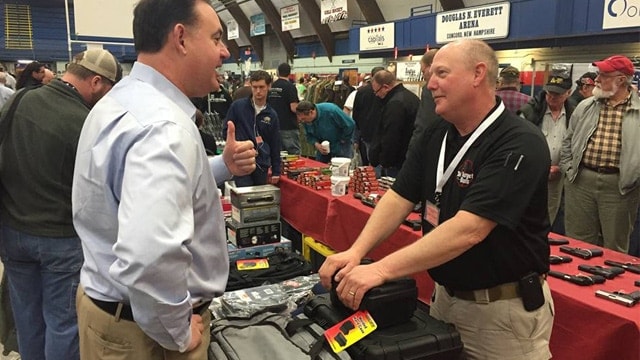 Instead of the federal statute — chapter 44 of title 18 — state law would govern transactions by federal firearms licensees.

Guinta said he introduced the measure to boost economic activity in New Hampshire (and states like it) because more people would visit to take advantage of its zero-percent sales tax policy.

At time of publishing, the bill was assigned to the House Judiciary committee and had 18 co-sponsors, but no text available.

A similar measure has been introduced in the House at four times since 2009 by Rep. Steve Scalise, a Republican from Louisiana, but the efforts never advanced beyond the committee stage and ultimately died in congress.