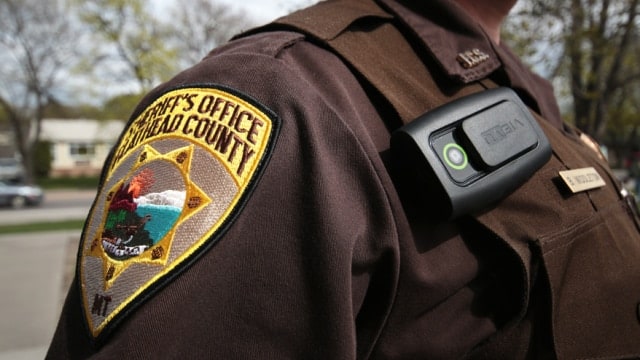 A 34-year old Slovakian woman who is a legal resident filed suit in federal court Monday after being denied a concealed carry permit for the past two years.

Lenka Knutson is a citizen of Slovakia but has been living with her husband and children in Whitefish, Montana since 2005. As a permanent resident, she has a green card and has been employed at a local bank since 2007. While neither federal nor state laws prevent her from owning a gun, she was denied a concealed carry permit in 2014 by the Flathead County Sheriff’s office because Montana law only allows U.S. citizens to apply.

After being denied the ability to legally carry a firearm outside of her home, Knutson, a member of the Second Amendment Foundation, filed suit in the U.S. District Court for the District of Montana against Flathead County Sheriff Chuck Curry this week with the support of the group.

“The Courts have repeatedly stated that lawful resident aliens have the same Second Amendment rights as everyone else, and still some states choose to discriminate against them on this point,” said attorney David Sigale, who is handling Knutson’s case for SAF, in a statement emailed to Guns.com. “It is our hope this unfair and illegal law will be swiftly struck down.”

As noted in their court filing the group argues the Fourteenth Amendment’s equal protection clause renders the state law to be unconstitutional.

In recent years, federal courts have come to an agreement that citizen-only requirements for firearms and concealed carry permits issued by state and local authorities are unconstitutional.

In 2013, a federal judge struck down Nebraska’s citizenship requirement following a successful suit in the case of a Mexican national who obtained his resident visa (green card) in 1991 and had lived quietly in the state ever since. The next year, a similar decision was handed down in the case of a Dutch man who had been issued his visa in 1984 but the Arkansas State Police refused to renew his carry permit because he was not a citizen.

In another case, a federal court issued an injunction in the case of an Australian who became a permanent U.S. resident but was denied the opportunity to apply for a firearms permit by the Honolulu Police Department after he did not meet the state’s standard of being a U.S. citizen.

Gun rights advocates feel they will prevail in Montana as well.

“This is not our first rodeo on this subject,” said SAF Executive Vice President Alan Gottlieb. “We’ve successfully fought similar laws in New Mexico, North Carolina and Omaha, Nebraska. In other states, such as Washington, just the threat of legal action has resulted in a change of the law.”