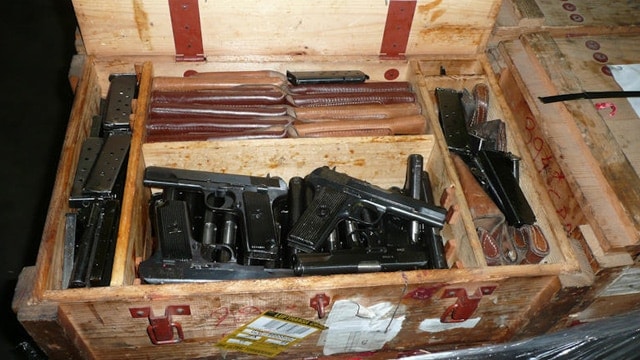 Search for “guns in cargo container” and this is what you get. (Photo: The High Road)

The number of handguns imported into the U.S. had a major jump for the month of February, according to a report on firearm imports by the National Shooting Sports Foundation released this week.

The Connecticut-based NSSF, the trade association for the firearm industry, gathered import data from the U.S. International Trade Commission.