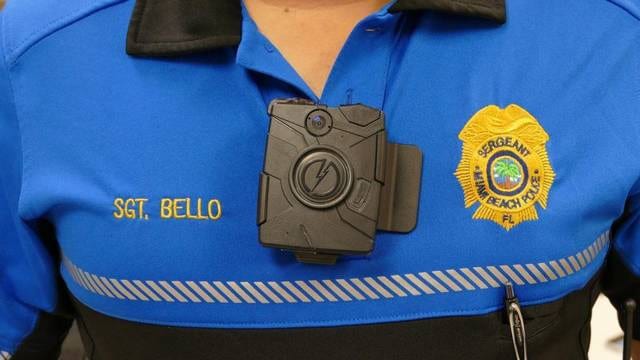 The Miami-Dade Police Department awarded a $5.5 million contract for body cameras to Vievu Solutions, a subsidiary of the Safariland Group.

“Vievu’s contract with the Miami-Dade Police Department for 1,500 body worn cameras marks one of the largest deployments on record in the United States,” said Don Dutton, Vievu’s general manager in a statement to Guns.com on Tuesday.

The department has adopted Vievu’s LE4, a camera that features a 95-degree field of view, 12 hours of continuous recording, wireless live streaming, and a rechargeable battery.

After a competitive bidding contest, the county awarded the contract last month. The company beat out six other vendors to fulfill the contract scheduled to last until 2021.

The department launched a search for body cameras for police last June, after a number of high-profile shootings put into question local police tactics and use of force. In turn, the Justice Department dished out $20 million in grants for body cameras, including $1 million to Miami-Dade.

Safariland, a police uniform and equipment company, acquired Vievu in June 2015. Since the DOJ launched its program, Vievu has secured a number of contracts across the country. The company said it caters to more than 4,000 law enforcement agencies in 17 different countries.