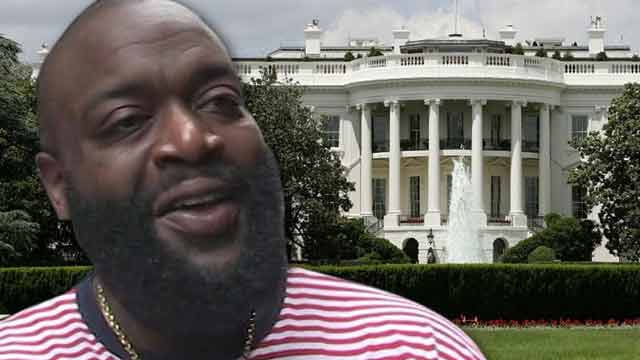 A group of socialites gathered at the White House over the weekend in support of President Obama’s My Brother’s Keeper initiative, which is aimed at keeping at-risk black youths out of jail. But immediately following the president’s speech, the silence in the room was broken when the ankle monitor of one of the high-class attendees began beeping loudly.

Rick Ross, the 40-year-old rapper who just can’t seem to stay out of trouble lately, was arrested in June for kidnapping, aggravated assault and aggravated battery, after he apparently pistol-whipped his groundskeeper and held him against his will. Ross was later released, but on a few conditions, one being the required wearing of an electronic monitoring accessory.

But apparently Ross, whose given name is William Leonard Roberts II, was just as surprised as everyone else when he broke the silence. Ross claims the not-so-fashionable accessory sometimes beeps at random, and sometimes at the most awkward of times.