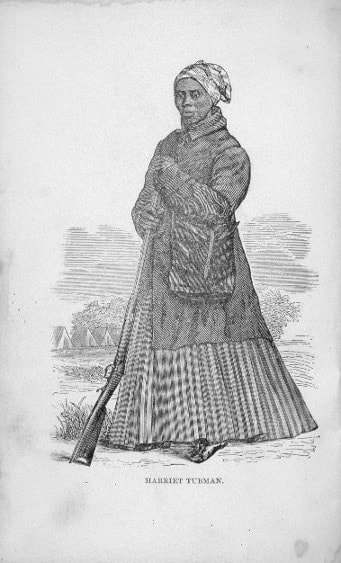 Tubman, born into slavery, often carried a pistol with her while helping escaped slaves escape, and a rifle during the Civil War

On Wednesday the U.S. Treasury reported that Tubman, who during the Civil War was active in the Union cause, serving as a nurse, a cook, spy and scout, will replace Jackson on the front of the bill. The seventh President, whose supporters founded what became the Democratic Party, will move to the back of the bill along with an image of the White House.

Jackson, noted as a military man, has in recent years fallen out of favor over his treatment of Native Americans and the fact that he owned slaves. Earlier this year groups railed against the naming of a new warship, the USS Jackson, by Secretary of the Navy Ray Mabus, despite the fact that the vessel was named in honor of Mississippi’s capital city by the former Governor of the Magnolia State.

Tubman on the other hand was a supporter of the anti-slavery Republican Party, though some argue she may not have been a fan of Mr. Lincoln’s at the time.

Further, to a degree she encouraged insurrection against the Federal government, helping abolitionist leader John Brown recruit volunteers to seize the Federal Arsenal at Harper’s Ferry in 1859.

Harriet Tubman carried a small pistol with her on her rescue missions, mostly for protection from slave catchers, but also to encourage weak-hearted runaways from turning back and risking the safety of the rest of the group. Tubman carried a sharp-shooters rifle during the Civil War.

Harriet Tubman’s pistol and saber are on display at the Florida A & M University (FAMU) Black Archives in Tallahassee, Florida. 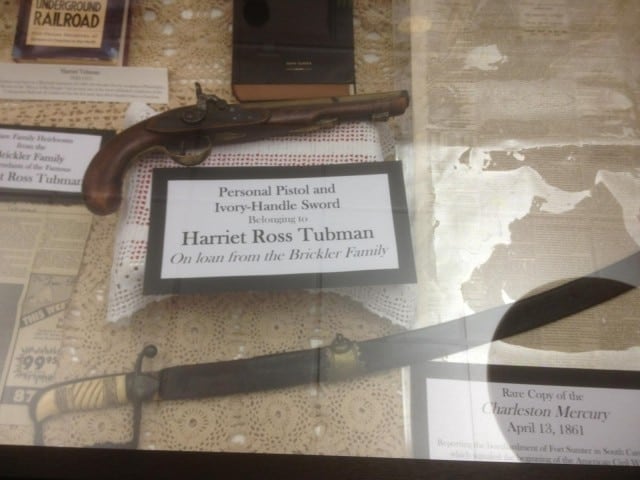 This has already led to some pointing out the irony on social media while others are openly asking that Tubman be portrayed with her often-present firearms.