An ordained priest who was out getting some frozen yogurt at a FroYo on the Indiana University campus while dressed in a religious robe recently caused a bit of chaos and confusion when he was mistaken for a member of the Ku Klux Klan.

Students quickly took to social media to warn others of the man “dressed in white robes” and “carrying a whip.” Soon thereafter, an email was sent by a university official warning others of the happening.

While Father Jude McPeak, who incidentally is director of campus ministry at the Saint Paul Catholic Center at the university, admitted he was wearing a white robe, he believes it was his rosary that was likely mistook for a “whip.” McPeak also confirmed that he, in fact, is not a member of the Ku Klux Klan.

Friends, colleagues and acquaintances were quick to come to McPeak’s side and defend him as a good man, not associated with any such nonsense. McPeak, however, laughed over the mistake and said, while it seems unlikely, he could understand the confusion.

“I understand why people could mistake us — we open our history books and we see Klans burning crosses in white robes,” McPeak noted.

He also added that he wanted to take the opportunity to educate others about the Dominican friars and pointed out that their attire is perhaps a bit different from what some are accustomed to seeing. 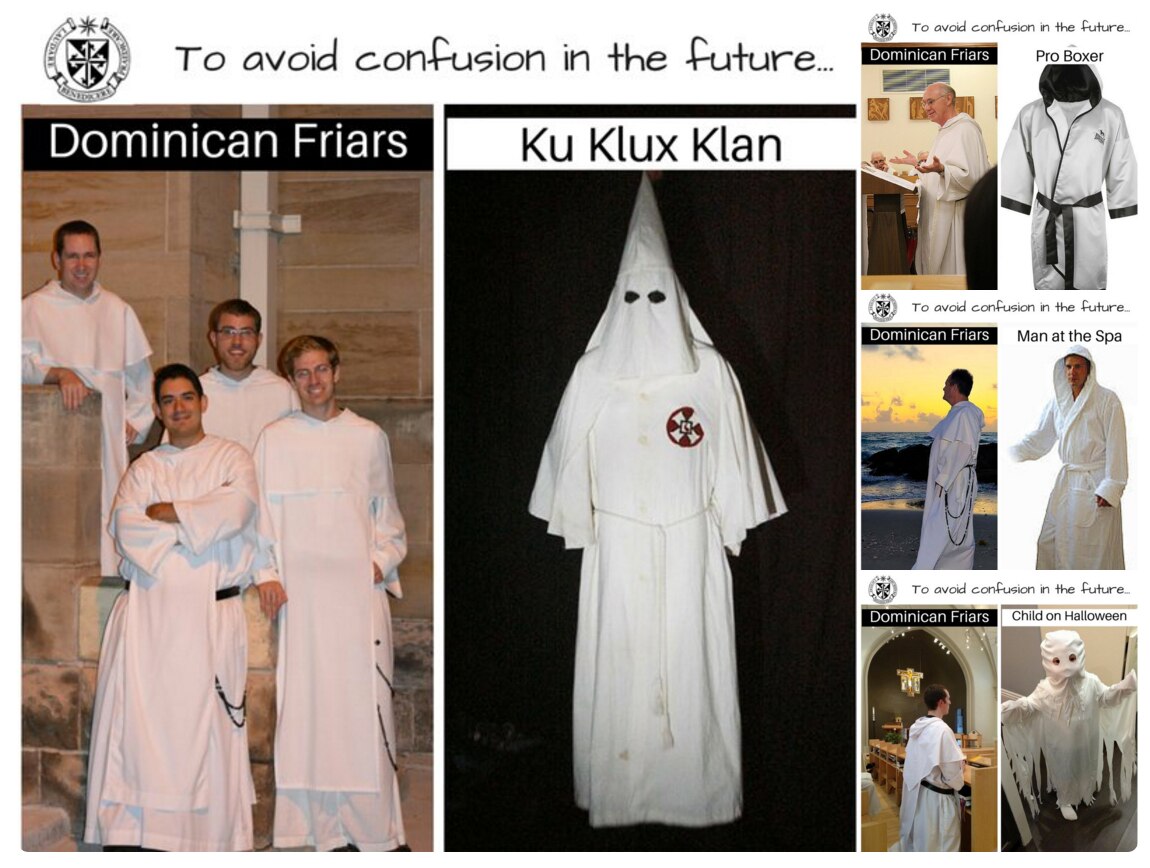 An image tweeted by the Dominican Friars Order of Preachers “to avoid confusion” on April 6. (Photo: @OPDomCentral)

@crousselle @petriop Oops how'd we miss a penguin?! The last image was Princess Leia but it got distorted #StarWars pic.twitter.com/OIJ4uuSNw3