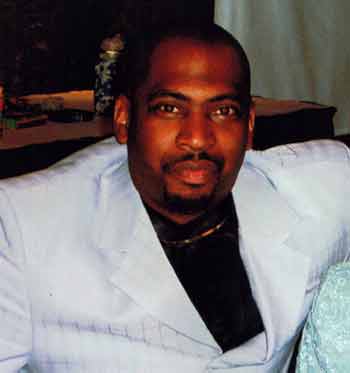 The family of Wayne Jones claimed officers formed a semi-circle around Jones, comparative to a firing squad, before they shot him.

Citing a lack of evidence, the Justice Department announced Monday no civil rights charges would be sought against the officers involved in the deadly 2013 shooting of a mentally ill man who stabbed an officer during an armed confrontation in Martinsburg, West Virginia.

Officers first approached 50-year-old Wayne Jones, who was on medication for schizophrenia at the time, as he was walking in the middle of the street, instead of the sidewalk, just before midnight on March 13, 2013. But as one officer questioned Jones about being in the street, Jones informed the officer he had a weapon, before he assaulted the officer and fled on foot.

The late-night foot pursuit ended with a struggle involving several officers, during which time Jones was tasered, but still failed to comply with commands. However, when Jones began stabbing one of the officers, other officers on the scene responded with gunfire. Altogether, Jones was shot a total of 23 times. An autopsy revealed he sustained critical injuries to his brain, heart, lungs, liver, kidney and stomach. He was also shot in the back and buttocks multiple times.

Officers later learned the weapon carried by Jones was small pocketknife, and the injuries of the officer who was stabbed were determined to be minor and non-life threatening.

After the investigation, a Berkeley County grand jury failed to indict the officers involved, but more than a year after the deadly shooting, two of Jones’ brothers filed a wrongful death lawsuit in which they sought $200 million in damages. The suit accused the officers of using excessive and unnecessary force, cited what they considered “rogue” actions and also pointed to the Martinsburg Police Department as failing to provide proper training where it concerns the mentally ill. In October 2014, a federal judge dismissed the lawsuit.

Likewise, following an in-depth and independent review of the case and the facts presented therein, which included videos, witness testimony and physical evidence, federal officials failed to find that the officers involved in the shooting willfully deprived Jones of his civil rights by using unreasonable force. The Justice Department noted that mistake, misperception, negligence or poor judgement, if any, on the officers’ parts did not warrant the establishment of a federal criminal civil rights violation.