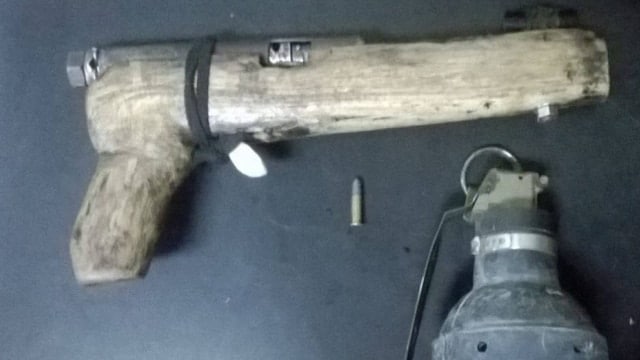 When you have to whittle your own burner…you may be in Guatemala. (Photo: T13 Noticias)

Arrested in the Central American country were three men by police who, acting on a tip, found out the splinter cell was assembling gear for a robbery.

Taken into custody were Jose Enrique Tomas Lopez, 22, Walfre Rolando Perez Sandoval, 20, and Oscar Mirey Barillas, 18 with a faux granada and one wannabe pistola made from wood and string with just enough metal accents to make you look twice. 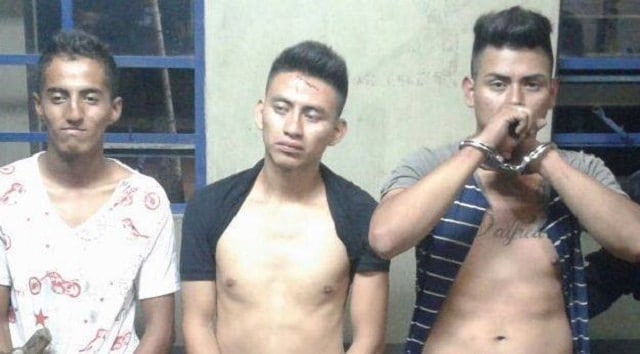 They could have passed for the hottest new boy band in Guatemala City. The thing is this look isn’t a good one for where they are going.

Regardless of the local news report that contends the weapon was fake as a $3 bill, the stick gun rather looks like a zip gun and was complete with a .22LR round, though it may have just been for show, and the rubber ball grenade looks pretty lifelike (if it wasn’t rubber.)

As noted in 2013, there are some 800,000-900,000 illegal guns in the country which has one of the highest murder rates in the world and a law adopted that April mandates that anyone detained on suspicion of major crimes, you know, like robbery, and carrying a unregistered gun or gun-like object will automatically go into pre-trial detention with court dates often several years in the future.

So these guys could be in for a bit.