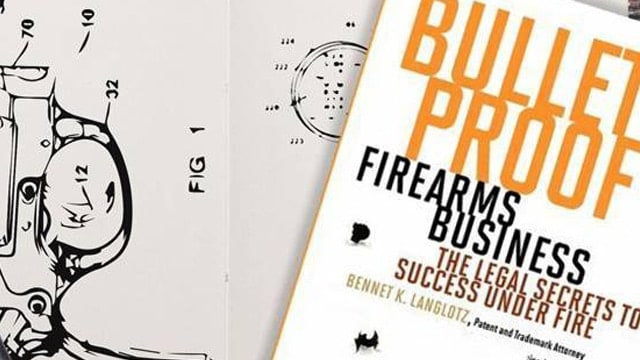 Attorney Bennet Langlotz specializes in gun patents — but like others with a busy mind he dabbles in other aspects associated with his profession like social media, marketing, and firearms with a talent for creating interesting reading out of legal mumbo-jumbo.

Guns.com recently chatted with this human whirlwind. He’s not only offering a fast-track patent filing service, but is also open to discuss legal issues in the industry in a way that applies to the average consumer—even when that commentary is less than flattering. What follows is an interview with Langlotz, and additional observations.

Guns.com: Why should the inventor of a new product consider the patent process?

Langlotz: You need to promote your invention to have any hope for it to succeed, but you first need to protect your rights before you promote it. The ideal for most inventors is to file a simple provisional patent application, which buys you a year to decide about making the larger investment in a full patent application. Because patent rights go to the first to file, it’s dangerous to publicize an invention that isn’t patent pending. 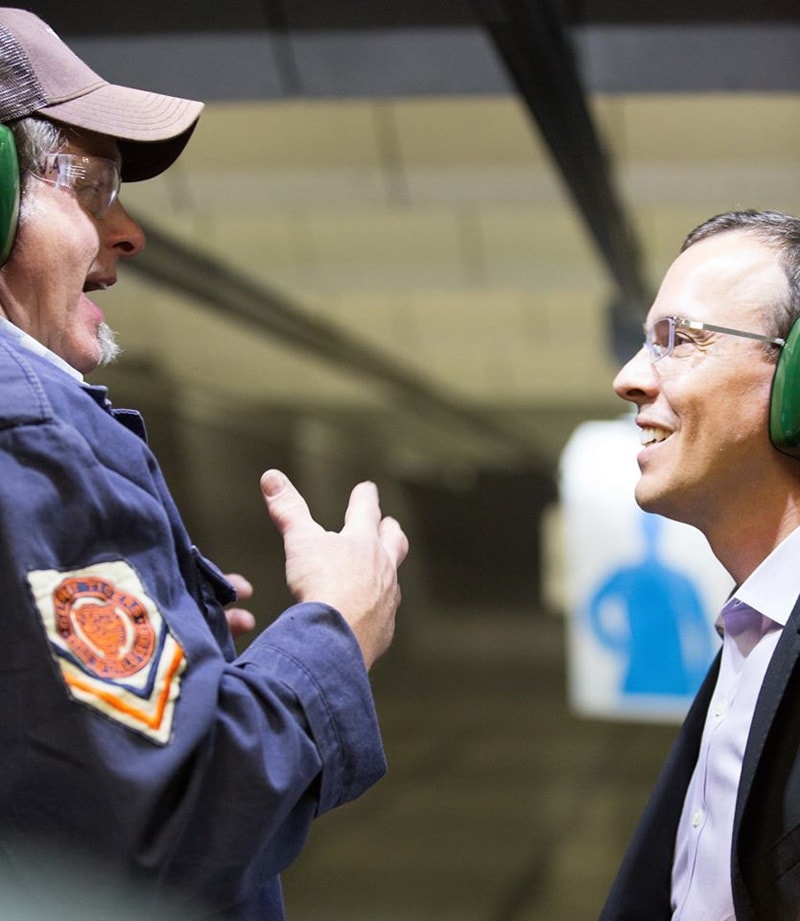 Guns.com: You’re offering a fast-track process for filing a provisional patent, but saying up front that the catch is, the client does most of the work. How’s that?

Langlotz: It’s possible to file your own provisional, but most prefer to pay me a flat fee of $1,000 to help them file. I provide the guidance and coaching, and they collect images and prepare an informal write up. My main contribution is reviewing their work to make sure it’s legally sufficient, and advising when the application needs another drawing view or a paragraph to explain an important detail. My office handles the fussy formatting and actual filing, and we provide reminders to make sure that the critical one-year deadline isn’t missed. Occasionally, someone asks about filing it themselves to save the cost, and they’re usually pleased to learn that the entire cost of the provisional is credited toward their full patent application.

Guns.com: What if your client’s patent is challenged?

Langlotz: The patents I get for my clients have an excellent track record of withstanding challenges. The typical challenge arises when we need to enforce my clients’ patent rights against an infringer. They’ll look for any weakness or flaw they can exploit to avoid it. Not a single one of the patents I’ve gotten in 25 years has been invalidated. Fortunately, a full lawsuit usually isn’t needed with a strong patent, because the accused infringer will recognize they can’t win.

Guns.com: Are you a gun guy in your private life?

Langlotz: Like many of those who’ve found success in the firearms industry, I started as a gun nut, and made my hobby and passion into my career focus. Fourteen years ago I attended my first [Shooting Hunting Outdoor Trade] Show, and I’m proud that my patent and trademark law firm now represents more firearms industry clients than any other law firm in the world, by a longshot. I sometimes complain that the more I work in the industry the less I play at it, but the truth is that I really love my work. (The most interesting gun I shot in the last year was Ted Nugent’s 10mm pistol when we had some range time together at least year’s NRA show).

I’m also a gun inventor, and manufacture and sell the patented “Trigger Tamer” device that reduces the trigger pull weight of a Steyr AUG. Ten years ago, I wouldn’t have imagined that the product would generate enough income to justify paying for the cost of a patent application — but over the years the profits have vastly exceeded what a patent would have cost if I had to hire a lawyer instead of doing it myself. The patent has stopped several infringers, and I suppose the lesson is to remember that 20 years of patent protection gives lots of time to repay the initial investment in getting the patent.

I provide free legal services for industry organizations and pro-gun non-profits. These include the National Shooting Sports Foundation, the U.S. Rifle Team, Sporting Arms and Ammunition Manufacturers’ Institute, the National Firearms Act Trade & Collectors Association, and the Second Amendment Foundation. I help them make sure their trademarks don’t get hijacked by anti-gun groups, and donate my services so they can apply their funds to their highest priorities.

Guns.com: Can you provide an example of a trademark being hijacked?

Langlotz: The most common threat on the hijacking side is the grabbing of a fumbled domain name by a rival political entity to divert traffic or to put up a disparaging site. I’m not aware of it happing in the gun world, but I want to protect our organizations against it by securing trademarks that can often provide the rights to force a domain either to be dropped or surrendered by a hostile group.

What makes Langlotz different is his presence and approachability on social media. His blog has personal commentary on the latest in patent news, including a rollicking account of the drama that occurred between Smith & Wesson and Brownell’s over the Brownell “dream pistol” adaptation of the M&P. It’s better than General Hospital and includes free legal advice. Here’s an excerpt:

My legal solution to this kind of mess is still pro-trademark, and it’s pro-competition, pro-consumer. Simply make it clear as a bell to any buyer what they are getting. A simple disclaimer like:

Our Frankenpistol firearms are based on original Smith & Wesson firearms that are purchased new, and modified like crazy. We throw out a bunch of their parts, and add a bunch of other parts that we hope you think make the gun better in many ways. Smith & Wesson may disagree about that, and does not warrant our products or promise to service them. They don’t endorse what we do and probably think we’re a little crazy or they’d probably be doing it already. One thing we don’t modify is the S&W trademark they put on their guns. We think it’s nice to give credit to the “donor” but we want to make sure that our custom pistols are strictly a Frankenpistol™ product, with no association with Smith and Wesson other than that it’s an outstanding company like many others that contribute important components to our finished custom firearms.

The short, less cheeky version: “Our products are based on the pistols of other manufacturers, and while they retain the original trademarks, they are not endorsed or warranted by those companies.”

The lesson here is to think very carefully before you threaten to sue your customers. Pick up the phone, and see if there might be a beneficial business relationship that can be formed. After all, those who think it’s worth the headache to build a company around buying and improving your company’s products are probably your very, very best customers. So try not to piss them off.

Fun reading for legalese, isn’t it? Langlotz’s Facebook page is another crossroads of entertainment and education. There, he comments on crime, industry, marketing, politics — you name it.

It’s refreshing to see a legal expert who thinks and talks like a gun person. That much comes naturally to Bennet Langlotz. In the ocean of mind-numbing legalese that comes our way as producers and consumers in the gun industry, it’s refreshing to read an informed voice that’s not afraid to translate it all, and, when appropriate, call BS on a play, no matter how big the player.