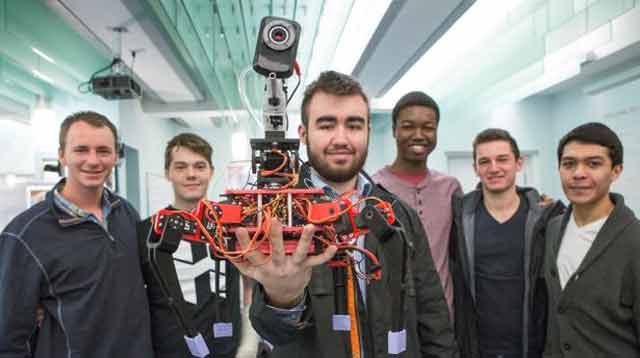 The creation was for Shepherd University’s Mech-Warfare Contest at the annual ShepRoboFest in Virginia. The contest is made up of six robotic competitors, controlled by their human counterparts. The robots must face off with one another as they move through a miniature city, and the last one standing is named the winner.

The creators of the winning bot, students at the Harvard John A Paulson School of Engineering and Applied Sciences, spent more than two years building their champion completely from scratch, which was equipped with live feed camera used for finding, avoiding and attacking its enemies.

“This is, by far, the coolest thing I’ve ever built,” said 18-year-old Timothy Tamm. “It was such an immensely powerful moment to watch our creation compete.”

“In a split second, it went from being just a pile of rubble and wires to a ‘living’ machine,” said John Alex Keszler, 19.