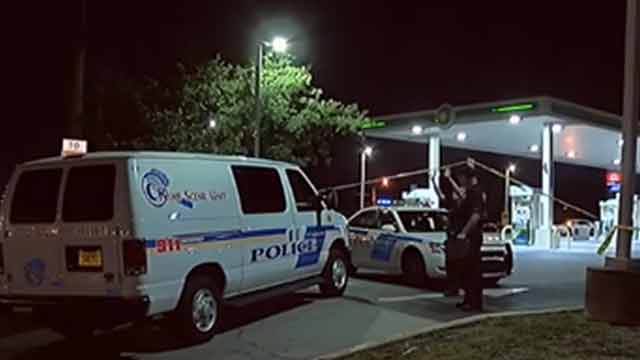 “He did justice,” said resident Fernando Colby of the man who shot Delvin Broner. ”Justice was served taking him off the streets, that’s how I feel about it.” (Photo: WESH)

An argument between two customers at an Orlando gas station early Monday morning turned deadly after one man was shot, but authorities say at this point it appears the man who fired the shots acted in self-defense.

The incident unfolded just before 1 a.m. It isn’t known what the two men were arguing over, but witnesses say Delvin Jamar Broner, a convicted felon who was out on bond at the time, was the instigator. Titus Bernard, with whom Broner was arguing, later told investigators that Broner was carrying a concealed weapon, though it was not hidden very well.

When the argument escalated, Broner pulled a gun on Bernard, but Bernard, who has a valid permit to carry a concealed weapon, pulled his as well. Bernard, fearing for his life, fired at Broner, striking him several times. Bernard then called 911 to report what happened and waited for the police. 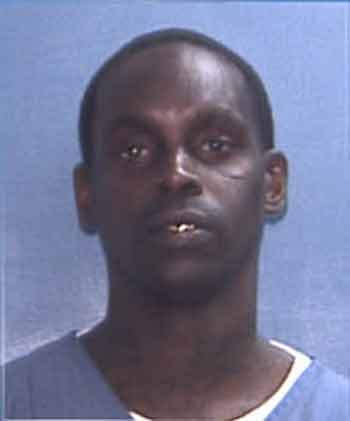 When officers arrived, they found Broner lying on the floor inside the store. He was pronounced dead at the scene. No one else was injured.

According to local NBC affiliate WESH, Broner had an extensive criminal history and has been arrested more than 30 times on charges ranging from drug possession to assault. In fact, Broner was arrested just three weeks ago for aggravated assault with a firearm, domestic violence battery and possession of a weapon by a convicted felon. However, the victim, Broner’s girlfriend and the mother of his three children, declined to press charges.

Broner previously had an active order of protection against him, but his girlfriend recently asked a judge to rescind the order, citing that, although he has made mistakes in the past, Broner was a “great father.”

Authorities said Bernard admitted he shot Broner, but said he did so in self-defense after Broner first pulled a weapon on him. Witnesses corroborate Bernard’s story. According to a police spokeswoman, Benard has been fully cooperating with the investigation and no charges have been filed against him at this time.