Gun violence art exhibit is both dangerous and illegal 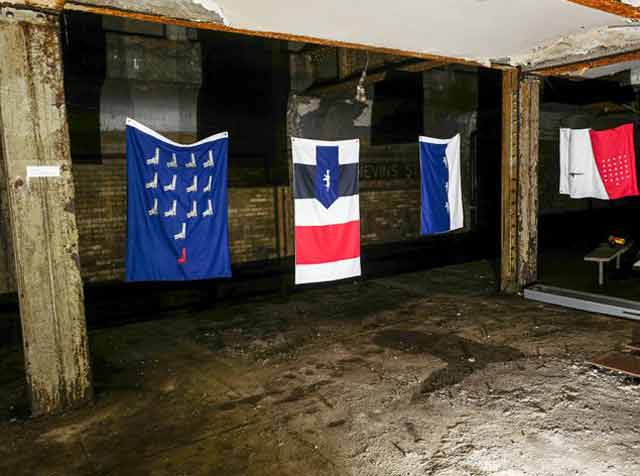 Artist Phil America has created an exhibit that’s both illegal and extremely dangerous to go see, a location where you definitely have to be going there to get there.

Mr. America describes himself as an artist who isn’t too keen on the idea of white-walled galleries. In fact, part of Mr. America’s unique exhibits is finding the right place to display his work, and one of his latest collections, known as the Subway Gallery but formally titled “The Perilous Fight,” is displayed in an abandoned, unfinished portion of a Brooklyn subway.

Mr. America notes that security with the Metropolitan Transportation Authority could shut down the show at any given moment, but in the meantime, it’s getting some attention.

“The flags are a tribute, a memory, and a reminder; they are the promise that those lost in these terrible events are not forgotten,” the artist’s website explains. “They serve to remind that gun violence in America is so prevalent that it has become a part of our national identity.”

Each flag is embroidered with a different type of gun, representing a specific shooting that has happened in the United States.

The show, which Mr. America admits he likely would not recreate in any other location, has no official schedule, but getting there may be a little tricky.

“To enter the spot they’d need to time the trains going both ways perfectly and run in the tunnel on the live tracks between trains, avoiding the deadly electric third rail,” Mr. America told Curbed. “Then, they’d have to go down into the depths of the tunnels with big flashlights trying to make sense of a part of the city that’s long since been forgotten.” 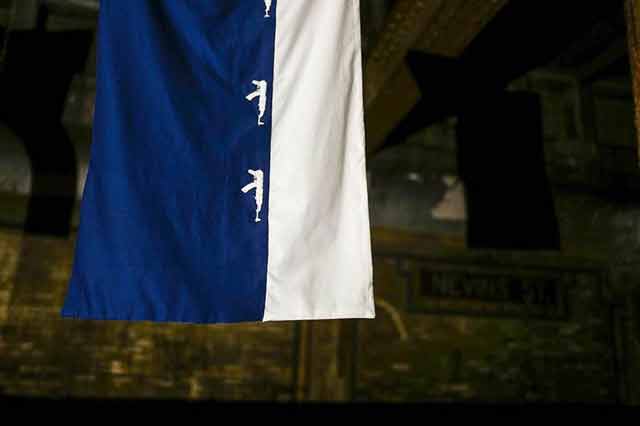 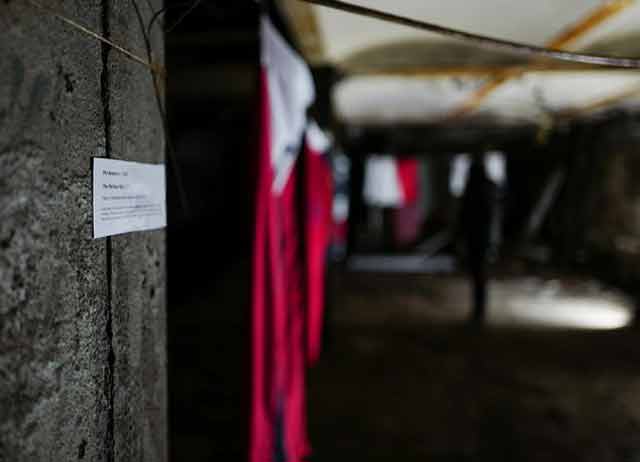 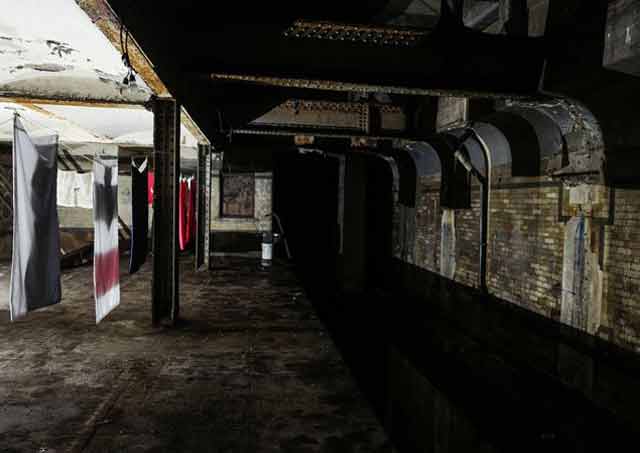