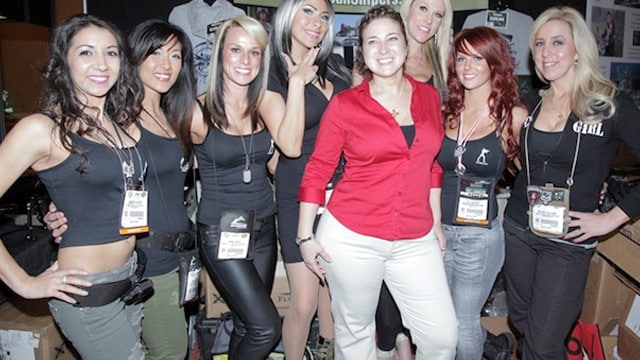 In the advertisement posted on Craig’s List, the unnamed company says it needs two 20-27 year old females to work as “hostess/greeters” at the National Rifle Association’s annual convention next month in Louisville.

“Easy work if you can talk to people. If you can’t, this isn’t the job for you,” the ad reads and describes the desired person as someone who is “attractive, can speak intelligently, are outgoing, and are a size 4 or less” with “no visible tattoos, odd piercings, etc.” 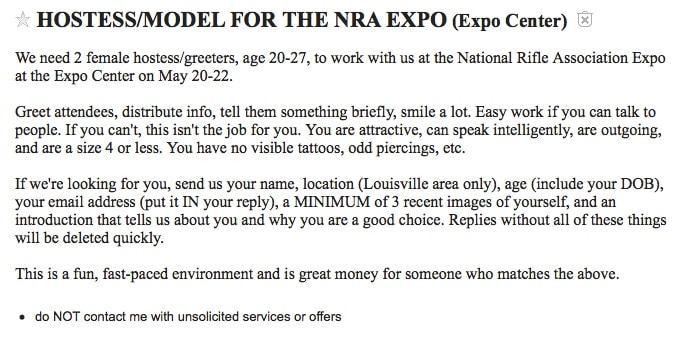 While the NRA show is more political in nature, the majority of attendants are male. The gun lobby describes the demographics of last year’s attendants as 72 percent male and mostly attending the show for the exhibit hall.

But there’s more than the occasional booth babe and political speech. The convention hosts musical events, classes, and hundreds of exhibitors showing new guns and gear.

(For those without the assets needed to be model, a gunsmithing company needs temp help for greeting guests at as well).

The 145th NRA Annual Meetings & Exhibits is May 19 to 22. For more information, check out the event’s website.