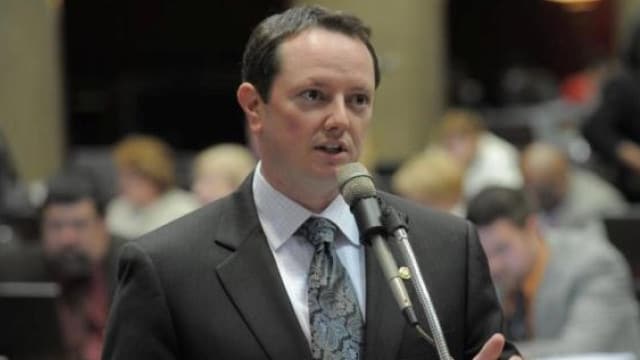 Lawmakers in The Show Me State on Tuesday advanced a bill to let the Constitution serve in the place of concealed carry permits for Missourians.

The proposal, which allows any person able to legally possess a firearm to carry it concealed anywhere that isn’t already prohibited by law, was introduced to the House last December and was approved in a 109-36 vote this week.

Those behind the reform contend they are just living up to the 2014 amendment to the Missouri Constitution that protects the right to keep and bear arms.

“This legislation simply aligns Missouri statutes with our state constitution so that our citizens can lawfully carry a concealed weapon without a permit,” said bill sponsor Rep. Eric Burlison, R-Springfield, who has compared permit fees to an illegal poll tax. “This will end the unfair tax on our right to bear arms by doing away with the concealed carry permit fee, and give Missourians the protection they deserve to exercise their Second Amendment rights.”

Burlison’s measure, HB 1468, retains the state’s current permitting program, but allows law-abiding citizens who are legally allowed to own and carry a firearm for self-defense to do so without first obtaining such a licence. Since 2014 Missouri sheriffs have issued five-year permits for a $100 fee after a background check and proof of eight-hours of safety training.

The bill also expands Missouri’s castle doctrine protections for justifiable homicide to allow those visiting private property not of their own with authorization, such as a contractor or babysitter, to use deadly force in specified situations.

Finally, it prohibits a business operator from restricting any person from lawfully possessing a firearm in a motor vehicle on their property except in cases where the business owns or leases the vehicle.

Opponents of the bill cite law enforcement safety concerns among other reasons.

“They want to know that someone who’s got a conceal and carry permit actually has had some type of training,” said Rep. Stacey Newman, D-St. Louis, who voted against the measure.

The bill now heads to the Missouri Senate where Republicans have a significant 24-8 majority. However, lawmakers across the aisle have demonstrated their willingness to filibuster.

This week St Louis Democrat Sen. Maria Chappelle-Nadal read for almost an hour from “The 50th Law,” a self-help book co-authored by entertainer 50 Cent until Republicans moved to table a sales tax proposal. Chappelle-Nadal is outspoken on gun control, in the past sponsoring legislation to require parents of any child attending a public, private or charter school in the state to notify the school district of guns in the home.