Oklahoma hunters can soon use suppressors on public land 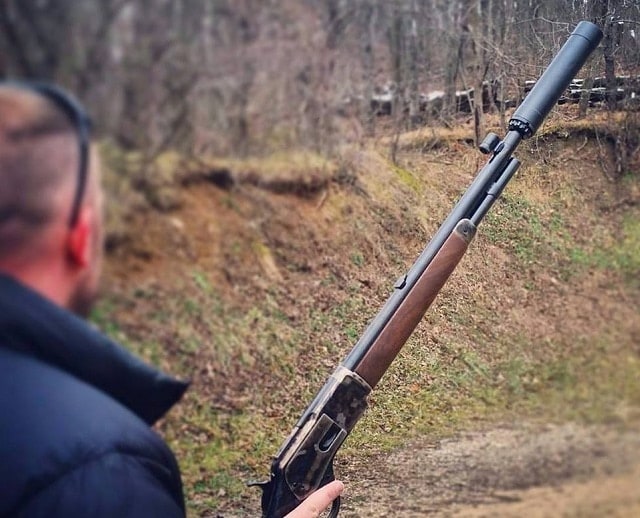 Effective Nov. 1, Oklahoma Sportsmen will have the option to use NFA-compliant suppressors on public land to harvest game. (Photo: Griffin Armament via SilencerShop)

Gov. Mary Fallin this week signed a bipartisan measure to grant the right for Oklahomans to hunt with a suppressor on both public and private land.

Use of a National Firearms Act-compliant suppressor has been allowed on private land with the landowner’s permission since 2012 but not in public game management areas. A bill to change that was introduced in the House in February, passing that body 82-10 last month and the Senate 40-6 last week before going on to pick up Fallin’s signature on Monday without comment.

The new measure, HB 2637, revises state law to grant the use of federally approved suppressors on public land. An amendment that would have made it unlawful to use subsonic ammunition designed to operate at speeds less than the speed of sound, which avoids the bullet making a supersonic shockwave or “crack” as the bullet travels when hunting, was added but was later removed before passage.

The Oklahoma State Game Warden Association, who opposed the use of suppressors back in 2012, lobbied against the public land expansion this session saying it would not only hinder law enforcement and aid poachers, but also make the woods less safe.

“If you are not hearing the gunshot, you could be getting way to close to another hunter,” said OSGWA President Tony Clark.

“It is the position of the NFA Freedom Alliance that those who hunt on public land should have the same privileges as those who hunt on private land,” said the group’s lobbyist Todd Rathner in a statement emailed to Guns.com. “Hunting with a suppressor just makes good sense, why not do everything you can to protect your hearing and be a good neighbor?”

The Oklahoma law will be effective Nov. 1, just in time for most of the hunting seasons this fall and winter. The state boasts more than 250,000 deer hunters alone.