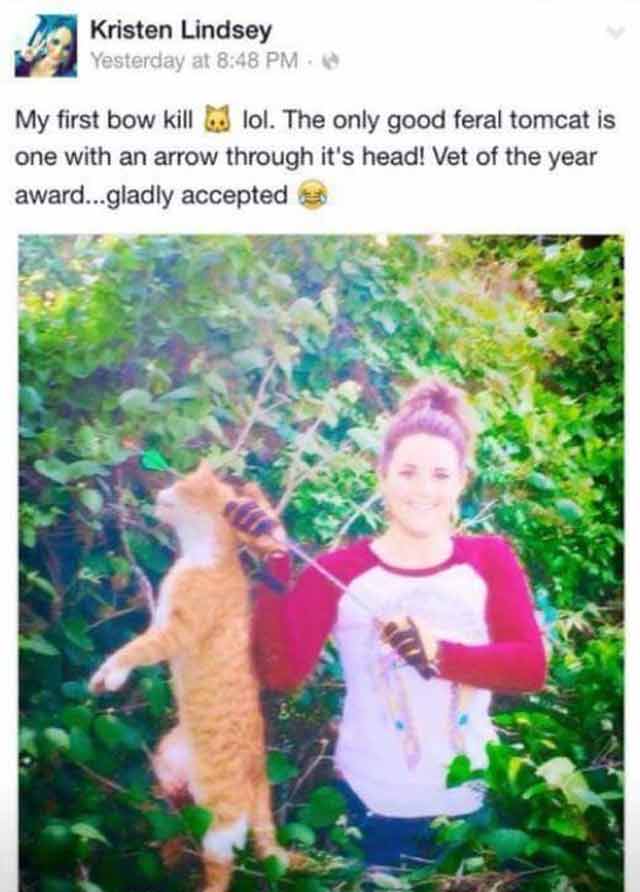 Court continued this week for a veterinarian in Brenham, Texas, who is fighting to keep her license to practice after she posted a picture on Facebook of a dead cat she shot with an arrow.

The picture, which was posted last year, contained the caption, “My first bow kill LOL. The only good feral tomcat is one with an arrow through its head! Vet of the year award … gladly accepted.”

While Kristen Lindsey was apparently amused by her first kill, others weren’t.

Lindsey claims she killed the animal because she believed it was a feral tomcat and it was being a nuisance. However, a couple who testified in court this week said the cat, who they called “Tiger,” was their pet. Lindsay said she never would have killed it had she known the cat belonged to somebody.

Lindsey was facing animal cruelty charges, but a grand jury failed to indict her over the summer. Nonetheless, Lindsey was fired from her job shortly after the photo was posted, and although the veterinary board wants her license revoked, she has thus far continued to practice.