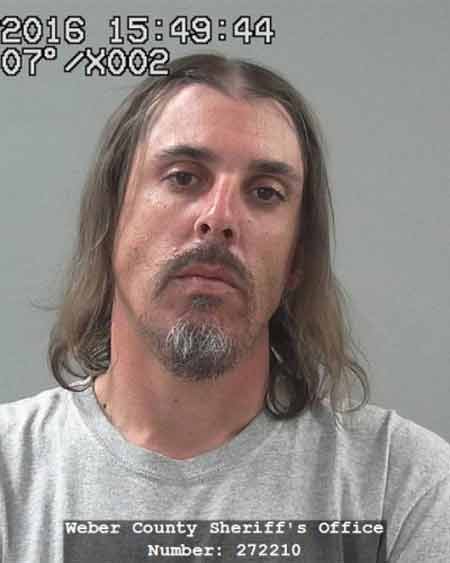 Despite facing several gun and drug-related charges, a Utah man who shot and killed his live-in girlfriend during an argument on Super Bowl Sunday will not face murder charges, local authorities announced Tuesday.

Scott Sandlin, 41, acted in self defense when he shot 30-year-old Jenna Manuel inside their Riverdale home because she came at him with a knife, according to local reports. But he still faces felony charges for possession of a dangerous weapon by a restricted person and child endangerment.

Additionally, he was charged with possession of marijuana and possession of drug paraphernalia. He was booked into jail Tuesday, but released after posting bail. He is due in court next week.

But Manuel’s family is angry at the lack of murder charges and her mother, Carolyn Manuel, questions Sandlin’s story. “Jenna wasn’t here to tell her side of it,” she told reporters.

“He shot her three times in the back. As far as I’m concerned that’s freakin’ murder,” she said, adding that her daughter was likely running away from Sandlin and not toward him as he said.

But authorities paint a different picture of the Feb. 7 incident. Police responded to the 911 call around 11 p.m. when Scott Sandlin told them he shot Jenna Manuel after she came at him with a butcher knife. 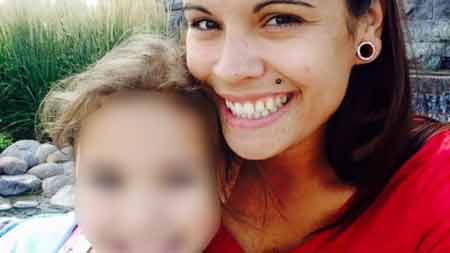 Jenna Manuel with her daughter, who was present at the time of the shooting. (Photo: Facebook)

Sandlin met responding officers on the front porch and told them the gun was holstered and sitting on the stove in the kitchen. Manuel was found lying on the floor next the stove, with the knife still in her hand. She had been shot three times — twice in the chest and once in the abdomen — and was pronounced dead at the scene.

Officers said that by the time they arrived, Manuel’s body was “not very warm.” They also noted that the blade of the knife was in Manuel’s hand, not the handle, The Salt Lake Tribune reports.

Sandlin told investigators he and Manuel were engaged in an argument when he attempted to leave and she advanced toward him in a threatening manner. He said he feared for his life when he shot her. Police said evidence gathered at the scene corroborated Sandlin’s account of what transpired.

The couple’s 8-year-old daughter was home during the incident, but she did not witness the shooting. She told police that she could hear her parents arguing. An officer noted in an affidavit the girl said they were fighting about money, “how Jenna pays all of the bills while Scott sits and watches TV all day.”

The little girl told the police she was in her bedroom trying to sleep when the argument occurred. She said during the argument she got scared after hearing glass shatter and she began to cry. Soon thereafter, she said she hear about four gunshots, then Sandlin came and closed her bedroom door. When police arrived at the home, she was still in her bedroom, watching TV.

However, inside the home, authorities also found marijuana and drug paraphernalia in the living room, in a place that was easily accessible to the child. A blood test revealed Sandlin had high levels of THC in his system, which made him restricted from being in possession of a firearm. Two handguns, a shotgun and a rifle were later found inside the home.

Still, investigators say that the shooting, while tragic for everyone involved, was justified and done in self-defense.