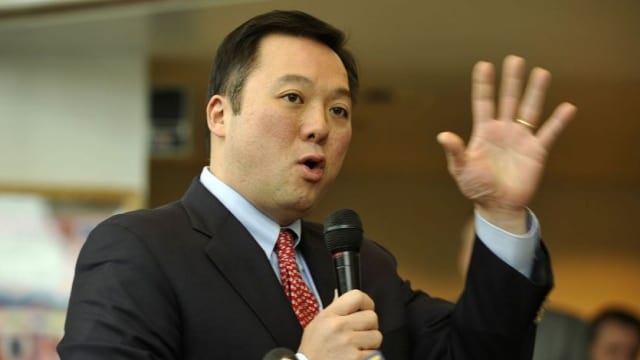 Voting largely along party lines, lawmakers sent a House bill to the Connecticut Senate mandating those with protective orders filed against them must hand over their firearms.

The bill, which would force gun owners to surrender their firearms within 24 hours of a temporary restraining order in cases of domestic violence, was introduced by Democrats in February and carried the House in a 104-42 vote Wednesday after a flurry of proposed amendments were rejected.

“The point of this bill is very simple: to make sure that when a victim of domestic violence makes the decision to leave her abuser, and she seeks a temporary restraining order to protect herself, that she does not get shot and she does not get murdered,” Rep. William Tong, D-Stamford, told lawmakers before the bill was voted on.

The legislation, HB 5054, makes a person ineligible to possess a firearm or ammunition if they are the subject of a civil restraining or protection order issued in a case involving physical force. Within 24 hours of the order being issued, the individual would have to surrender their guns to the local police department who could, in some cases, return them once the order expires. The language of the proposal also forbids the Department of Emergency Services and Public Protection from issuing a gun permit to a subject under such order.

“Guns and domestic violence are a deadly mix,” said Giffords in a statement released Wednesday after the bill’s passage. “So I applaud the leaders in the Connecticut House who came together today – Republicans and Democrats – to pass a responsible bill that will help close a loophole that gives dangerous domestic abusers easy access to guns, Now is the time for leaders in the Senate to follow suit, pass this responsible bill, and send it to Governor Malloy’s desk.”

Other calls for support came from as far away as the White House.

As reported by the Hartford Courant, Valerie Jarrett, an influential advisor of President Obama who has been repeatedly mentioned in gun control issues, personally called House Speaker Brendan Sharkey urging him to call the bill for a vote.

Gun rights organizations in the state blasted the measure as nothing more than an excuse to confiscate firearms.

“While I understand that there are some legislators who sincerely believe that they are acting on this legislative proposal with the intent to save potential victims, there are other legislators who know that this bill is a sham,” said Connecticut Citizens Defense League President Scott Wilson. “It is simply a gun grabbing opportunity — period.”

The bill now heads to the state Senate and has the vocal backing of Connecticut’s chief executives: Gov. Dannel P. Malloy and Lt. Gov. Nancy Wyman, who issued a joint statement Wedesday praising the measure.

“This is a commonsense step forward to strengthen and enhance our gun violence prevention laws,” said Malloy. “We must protect domestic violence victims – we have a moral obligation to work to prevent needless tragedy. We know that the period of time immediately following a temporary restraining order is critical. Clearly, access to a firearm in that situation can only increase the chances that something tragic might happen.”