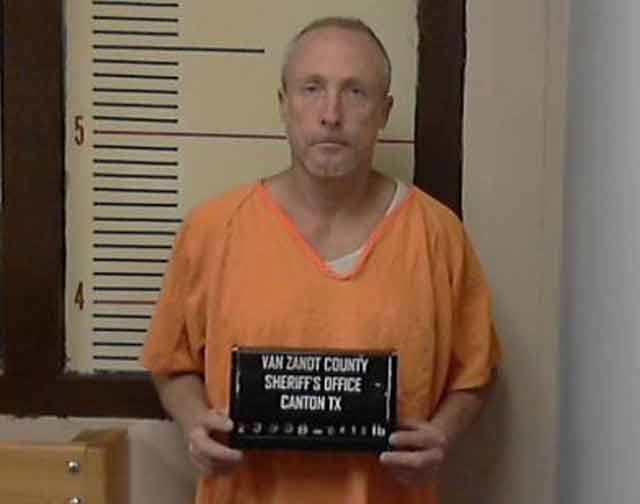 Authorities across Texas are searching for an inmate they say went missing around 8 p.m. Wednesday from a Zandt County jail.

Officials warn Jay Scott McEvers is likely armed and dangerous. He was currently locked up for being a felon in possession of a firearm, but was previously arrested for an armed bank robbery.

Authorities believe McEvers stole a red Chevy Cobalt after making his escape, which was apparently assisted by his mother and girlfriend. The escaped inmate’s mother, Carolyn McEvers, was arrested Wednesday night and being held for facilitating escape, which is a second-degree felony. The inmate’s girlfriend, Cynthia Heese, was booked on a public intoxication charge, but authorities are working to determine whether she assisted in the escape as well.

McEvers is 47-years-old, stands about 5’10” and weighs approximately 195 pounds. He has blonde hair and blue eyes and was last seen wearing a white tank top and orange pants. Authorities stress that he should be considered armed and dangerous.

Anyone with any information is asked to contact the Van Zandt County Sheriff’s Office at (903) 567-4133.