House committee approves requirement for women to register for the draft 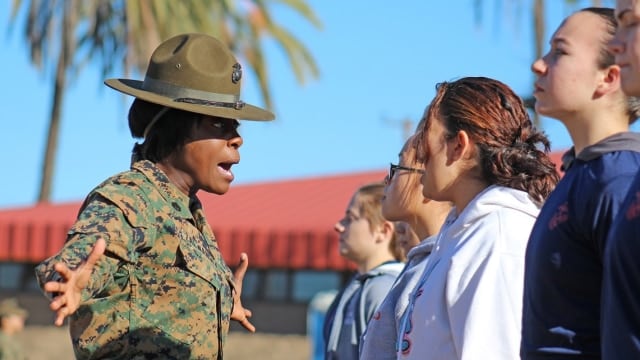 An amendment which passed the HASC this week could see the other half of the nation’s population called up in the event of a draft. (Photo: Staff Sgt. Alicia R. Leaders/USMC)

The House Armed Services Committee on Wednesday, as part of its 2017 policy bill for the military, narrowly gave the green light for women over 18 to register for selective service.

The Military Selective Service Act, which dates back to just after World War II, currently requires men ages 18 to 25 to register for the draft. While the last peacetime draft ended in 1973, the mandate to register remains part of federal law.

Now, in an amendment introduced by Rep. Duncan Hunter, R-Calif, women will no longer be exempt from the same requirements.

The amendment passed by just two votes in a 32-30 roll call and was added to H.R. 4909, the National Defense Authorization Act for Fiscal Year 2017 — though Hunter himself actually voted against his own legislation. Hunter, a Marine veteran, introduced the standalone Draft America’s Daughters Act of 2016 last month which has failed to move forward.

The NDAA amendment, however, did see support from an influential California Democrat.

“I actually think if we want equality in this country, if we want women to be treated precisely like men are treated and that they should not be discriminated against, we should be willing to support a universal conscription,” said Rep. Jackie Speier, who voted for the proposal.

The mammoth 758-page NDAA as a whole passed the committee Thursday in a bipartisan 60-2 vote which, besides the amendment on registering women for the draft, includes language directing the Pentagon to report on the current and future need for a centralized registration system for military selective service.

The full House is expected to take up the bill in coming days.