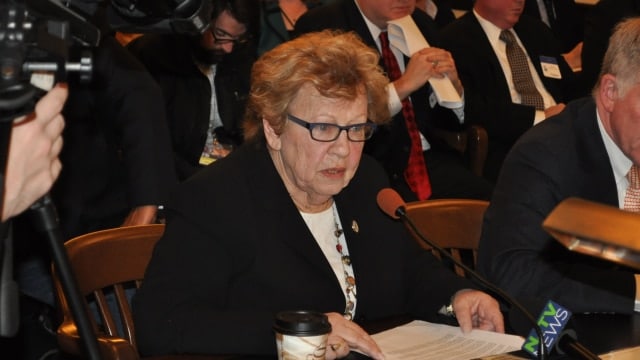 The regulatory orders directed by Christie include adding “serious threats” to the qualifying circumstances in the state’s may-issue permitting scheme as well as expanding protections for those transporting firearms. The move comes following recommendations of a panel established by Christie in 2015 in response to the death of Carol Bowne, 39, of Berlin.

Nevertheless, gun control crusaders in the New Jersey legislature feel Christie is compromising the state’s notoriously rigid “may-issue” firearms laws and are seeking a concurrent resolution to prohibit the adoption of the Governor’s new guidelines.

“They would allow every cab driver, pizza delivery driver, and anyone else living or working in a high-crime neighborhood to qualify for a firearm carry permit. This is completely contrary to our current laws which are intended to limit who carries a handgun outside of the home, and permit only those with a specific threat to their life to carry a firearm,” contends Weinberg.

Carrying a handgun in public without a permit is a crime under state law that can earn an offender up to 10 years in prison and a $150,000 fine. However getting a permit is so hard the state has often been referred to by Second Amendment advocates as being practically “no-issue.”

In 2014, the Second Amendment Foundation, National Rifle Association, 19 states and 34 congressional representatives supported the lawsuit of a man,  John Drake, a New Jersey ATM business owner, who was denied a concealed carry permit because he could not satisfy the state’s definition of “good cause.” The U.S. Supreme Court declined to hear further appeals after lower courts found for the government.

Some lawmakers on the other side of the aisle from Weinberg feel New Jersey’s gun laws are too strict and that the reforms should stand.

“National statistics show that when a state chooses to become a ‘shall issue’ state, violent crime goes down,” said Sen. Gerry Cardinale, R-Bergen. “Blocking the Governor’s proposed regulations will discourage victims facing serious threats from applying for the permits they desperately need while allowing criminals to continue operating knowing that their victims won’t be able to defend themselves.”

The resolution, backed by Assembly Minority Leader Jon Bramnick, R-Union, in the lower chamber, is expected to advance in coming days. If successful and transmitted to Christie, his administration would have 30 days to amend or withdraw the proposed regulatory changes. If not, the legislature would have to pass an additional resolution to void the measure outright.