Reserve deputy who mistook gun for taser convicted of manslaughter 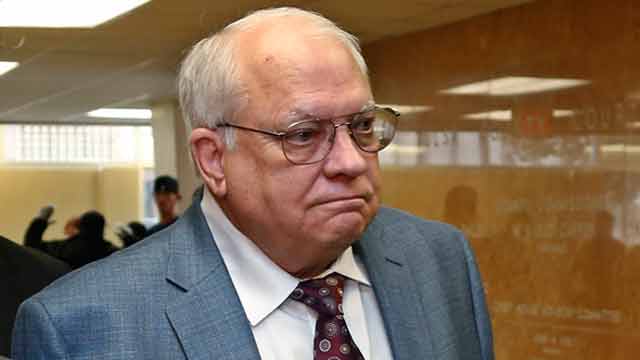 Some believe that, lack of training and kickbacks aside, Robert Bates, 74, was too old to be involved in undercover operations like the one that occurred when Eric Harris was shot. (Photo: AP)

A jury Wednesday convicted a Tulsa County Sheriff reserve deputy, who inadvertently shot and killed a man last year when he accidentally fired a gun instead of a taser, of second-degree manslaughter.

After less than three hours of deliberations, the jury decided Robert Bates, 74, was criminally negligent in his actions during the sting operation that ended with a suspect dead and they recommended four years in prison, the maximum sentence for the conviction.

Tulsa’s Assistant District Attorney John David Lutton argued that Bates should have never been with the drug task force that morning. An investigation into the incident showed Bates, a wealthy businessman who donated tens of thousands of dollars worth of equipment to the sheriff’s office, received special treatment and was able to operate as a full-time deputy despite a lack of training and internal complaints.

The incident occurred last April when 44-year-old Eric Harris sold a firearm to an undercover deputy during a drug task force operation. As officers moved in to arrest him, a short pursuit unfolded and they struggled to subdue him. That’s when Bates took action, which prosecutors said lacked reasonable care.

As Harris tussled on the ground with other deputies, Bates approached holding a taser in one hand and a gun in the other. Bates then announced he was going to deploy his taser, but moments later a shot was fired and a bullet struck Harris. Bates could be heard on body cam video immediately apologizing and acknowledging his mistake.

Harris was transported to the hospital where he later died. Medical testimony indicated Harris, who had a large amount of methamphetamine in his system, essentially died as a result of blood loss sustained from the gunshot wound.

Following the announcement of the verdict, Bates was handcuffed and escorted away by authorities after quietly telling his family he loved them, according to reports.

The Harris family wept after the announcement. Andre Harris, the victim’s brother, later said the family was happy with the decision, noting the court “put the criminal behind bars.” Andre also said he believes four years in prison will “teach him a lesson.”

“That place ain’t that nice,” he told reporters of the prison where Bates will serve his sentence.

But Assistant District Attorney Kevin Gray pointed to the fact that, regardless of the outcome, this was a case with “no winners.”

“Mr. Bates had a long career and was a successful businessman, and now he will be a convicted felon who’s going to the penitentiary,” Gray said. “For the Harris family, they lost somebody they loved.”