Burglar sues homeowner who shot him 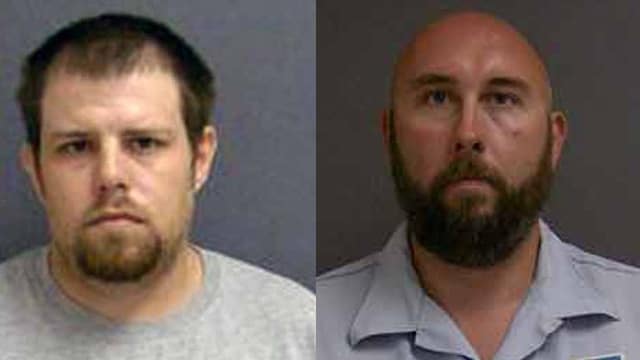 After serving a one-year sentence at an Indiana penitentiary for an attempted burglary that occurred two years ago, a 31-year-old man has filed suit against the homeowner who shot him when he was caught in the act, The Star Press reported.

The property owned by David McLaughlin, of Dunkirk, had been targeted for theft multiple times in the past, prompting him to install a security system that included an alarm.

Around 12:30 a.m. on April 21, 2014, something tripped the alarm, so McLaughlin grabbed his .45-caliber pistol and headed down the stairs and out of his house. Outside, McLaughlin found David A. Bailey running out of his detached garage. McLaughlin opened fire as Bailey ran down an alleyway, McLaughlin running after him. Bailey was struck in the arm, resulting in non-life threatening injuries.

However, McLaughlin was charged with criminal recklessness resulting in serious bodily injury, a Class D felony, and subsequently convicted in September 2014. McLaughlin was sentenced to serve 60 days in jail, four months of home detention and a year of probation.

Likewise, Bailey pleaded guilty to burglary charges and served a one-year sentence. But Bailey says the shooting has forever changed his life with damages that are both “serious and permanent.”

“I can’t lift nothing. I can’t make a fist. I can’t do nothing with it. I got a crow’s feet for hands; my fingers are like curling up,” Bailey, a machinist by trade, told The Daily Beast.

Bailey said his medical bills and other “damages” will easily top $100,000, and he wants McLaughlin to pay, as indicated by the lawsuit filed last week. Bailey, who will remain on electronic home detention until 2018, also noted that he thinks McLaughlin “didn’t get shit” for shooting somebody.

Like the judge, Bailey also thinks McLaughlin acted in a dangerous manner when he began shooting.

Bailey said he is lucky to be alive and noted the bullet that hit him was only about two inches from a main artery.

And despite his guilty plea — which he said was coerced in exchange for dropping an additional gun charge — Bailey maintains his innocence and said he did not intend to steal anything from McLaughlin and never entered the man’s garage. In fact, Bailey said it was a friend, who he refuses to name, that broke into the garage, not him.

Bailey said he and his friend were walking to the friend’s house, getting ready to go on a fishing trip the following day, when they passed by McLaughlin’s property and his friend stopped at the garage as Bailey kept walking down the alleyway. Bailey said after McLaughlin came out of his house, the two split up as they ran away and that’s when McLaughlin started firing at Bailey.

McLaughlin hit Bailey and now he is asking for “a monetary award in an amount sufficient to compensate for all damages.”

McLaughlin’s attorney, Brian Pierce, told reporters that the lawsuit is over the top. “My client thinks it’s outrageous and I tend to agree,” Pierce said. “You don’t ordinarily expect someone to burglarize you and turn around and sue you for damages.”