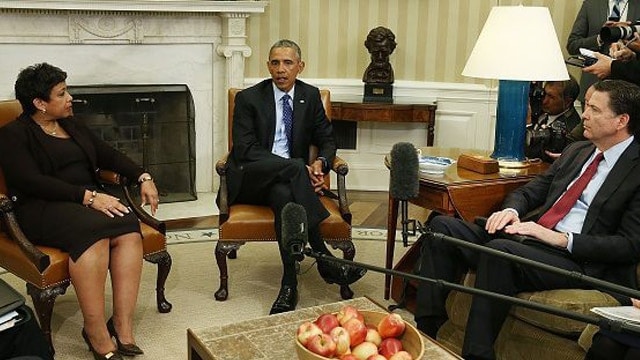 On Friday, President Obama’s administration gave an update on implementing the executive actions regarding gun ownership.  In response to increased public pressure and an unwilling Congress, it was issued at the beginning of the year.

The progress report discusses efforts to boost mental health reporting to the background check system, engaging state and local leaders to set an agenda on combating gun violence, and announcing that federal authorities published a report on smart gun technology.

With participation from the Justice Department, Department of Homeland Security, and Defense Department, the report outlines a strategy to deploy smart gun technology into the real world.

According to the statement, the agencies are in the process of defining standards for the technology before it could be adopted by law enforcement or military; the DoD will help manufacturers test smart guns at a military test facility; and the feds are identifying ways local and state authorities could obtain grant money to buy the items.

For mental health reporting, the Social Security Administration is presently revising a rule that gives the agency flexibility to report individuals prohibited from buying a firearm to the federal background check system. At an unspecified date, the rule will be published in the Federal Register for public comment.

Lastly, next month, the White House will host a “50-State Gun Violence Prevention Convening” that will bring together leaders from across the country to set an agenda regarding gun violence prevention.

Obama issued the four-point plan in January in response to a host of high-profile mass shootings throughout 2015. Also, the President took action a month after the U.S. Senate rejected two gun control measures. The first, which had wide public support, would have expanded federal background checks and the other would have turned the “no-fly-list” into a no-gun-buy list.

Other parts of the plan focused on better enforcement of federal gun laws, specifically measures regarding the sale of firearms. By allocating funds in the next fiscal budget, the President has plans to crackdown on unlicensed gun dealers by creating more positions at the Bureau of Alcohol, Tobacco, Firearms and Explosives, the agency tasked with enforcing federal gun laws.

Also, his administration is carving out funding to expand the National Instant Criminal Background Check System with 24/7 operating hours and 230 more employees to manage the system.