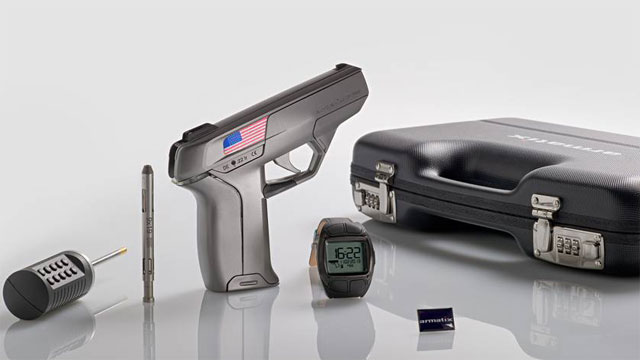 As of April 29, interested parties have 45 days to submit comments to the National Institute of Justice regarding its latest round of smart gun testing.

NIJ is conducting the tests pursuant to executive actions the president issued in 2013 that charged the U.S. Departments of Justice, Defense, and Homeland Security to “conduct or sponsor research into gun safety technology that would reduce the frequency of accidental discharge or unauthorized use of firearms, and improve the tracing of lost or stolen guns,” according to the announcement.

That order is a follow-up to the 2013 directive by President Obama ordering the Justice Department to review and report on the availability and applications of tech advances for gun safety, with a focus on fingerprint-unlocking and RFID-controlled devices. The response was A Review of Gun Safety Technologies, published in June 2013.

The White House on Friday also gave a progress report regarding the President’s executive actions issued in January, one of which tasked the same federal law enforcement agencies to identify ways to implement smart guns in a separate report.

This NIJ effort is the second exploration of smart gun technology set up as a series of competitive screenings. Individuals and companies were invited by NIJ to enter the Gun Safety Technology Challenge. The goal of the Challenge is “to develop innovative and cost-effective gun safety technology and provide prizes for those technologies that are proven to be reliable and effective.” It is part of the broader President’s plan to reduce gun violence, launched in 2013.

Testing is done as a three-stage process. Stage 1 determines that entrants’ products are sufficiently mature in technical development and safe for testing. Stage 1 entries are kept confidential. Advancement to other stages is by invitation.

Plans for Stage 2, light duty single product testing, are to put a prototype from each entrant to the Army’s battery of tests for weapon selection. It is these testing procedures on which NIJ is open to commentary. Testing will be conducted at the Army facility in Aberdeen, Maryland.

Testing procedures will seek scientific soundness by putting any tech-outfitted firearms to the acceptance standards accepted for equivalent firearms of the same type (revolvers, pistols, shotguns, rifles). When the device to be tested is an accessory, function of a firearm outfitted with the accessory will be compared to one without.

NIJ is especially interested in reliable functioning as a focus of this evaluation. Reliability was raised as a concern by law enforcement entities in the 2013 evaluation.

Two entrants have made it past stage 1. DOJ’s solicitation of comments applies to the planned testing procedures for Stage 2. Those entrants are Armatix and Protobench, LLC. However, it is not publicly known exactly what products each company submitted.

Armatix, a German company that has yet to take off in the U.S., is known for its RFID-controlled pistol. Currently advertised as a prototype only in .22 LR, the handgun is designed only to fire in close proximity to the wearer of a watch that communicates with the gun. The company also promotes a target system that disables firing unless the muzzle is on target.

Protobench appears to be based in Mount Vernon, Kentucky. Their tech development history is unclear.

NIJ’s solicitation requires that comments be directly associated with item, page, and line numbers of the testing plan. Emailed comments are to be submitted to gunsafetytechnology@usdoj.gov.